We left the Jolly Anglers after a very hearty breakfast at the crack of 9.30am!

There was a chill in the air, different to previous days which had been warm most of the time.

It was pretty straightforward walking to reach Bowness at 1.25pm. We headed down to Windermere lakeside and paddled in the water, a tradition we have adopted whenever finishing treks that end in water. This strange behaviour started when we walked the Wainwright Coast to Coast, which we completed several years ago.

Our route was 87 miles spread over 7 days, including the diversion off the Dales Way between Kettlewell and Dent to go over the Yorkshire 3 Peaks of Pen-y-Ghent, Ingleborough and Whernside. We also managed about 22mpg in beer consumption over the trip, medicinal in my case you understand as treatment for my bad back.

I used a new rucsack for the trip, a LoweAlpine Aeon 35 which weighs less than a kilo and was very comfortable to carry. My load was about 4kg for the rucsack with full 1 litre water bottle and just under 3kg for the camera gear making a total of 7kg. Carrying the weight split front and back seems better for my bad back than carrying one or the other. My hill food each day was one of Jan’s homemade Eccles Cakes, who needs more? With a full English breakfast every day and an evening meal that was plenty.

By the end of the 6th day my back was particularly painful so I did take a couple of tablets to ease the pain and try and prevent muscle spasms. It was still painful but not stiff the next day and fortunately it was a short last day at just 10 miles.

I carried a Mamiya 7 II medium format film camera with a 65mm lens. I used yellow and orange filters and carried a red filter but didn’t use it.

In total I took 37 images on Ilford 400 Delta. Despite the dry weather for the entire trip there wasn’t much sunshine to ‘lift’ the landscapes for my photos so I used less than 4 rolls of film (10 shots to each roll).

The camera was carried every day on a shoulder harness on my front in a LowePro Toploader 70 AW case.

All of my blog photos were taken on my Motorola One phone. It takes good pictures as long as I don’t zoom too much. They were all edited and automatically resized for the web in Snapseed just using the Crop, Convert to B&W and Curves tools. 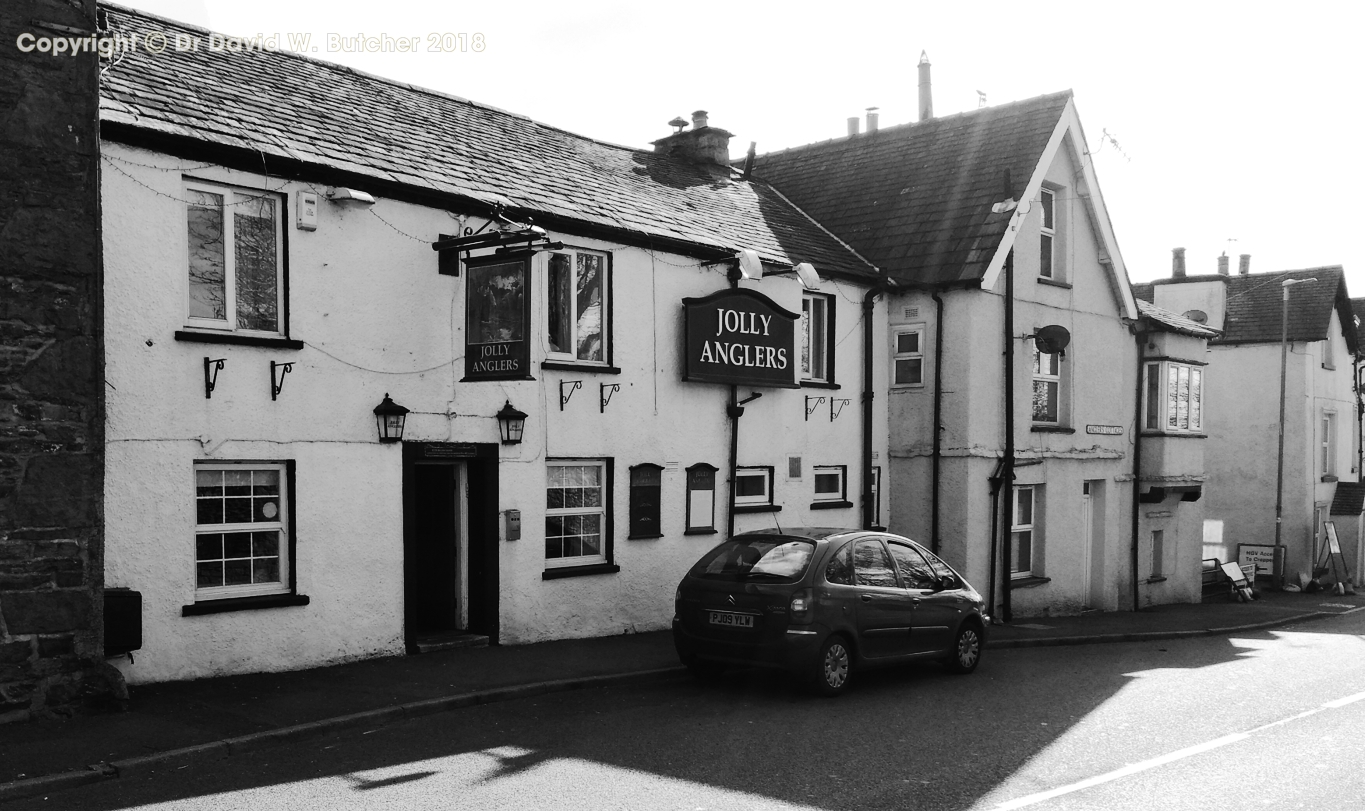 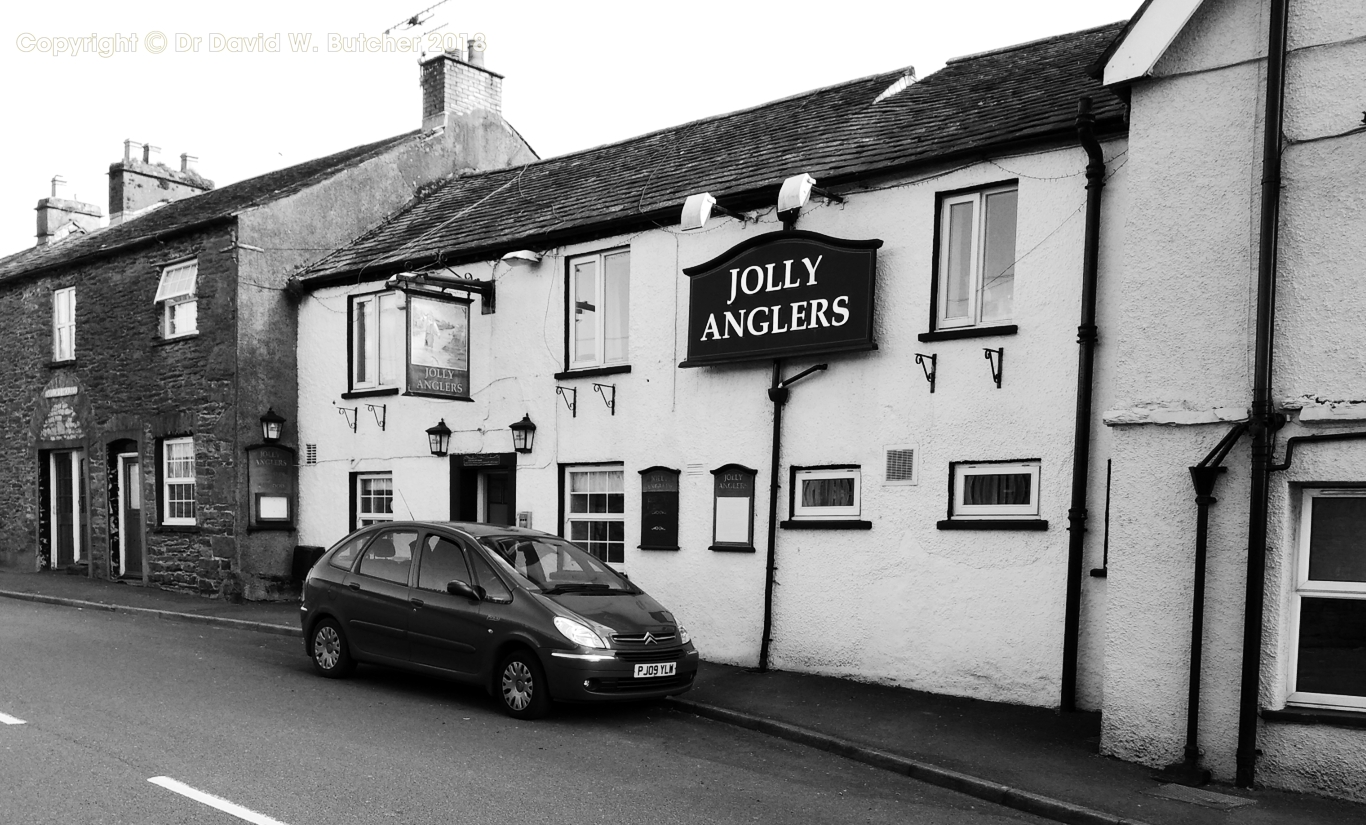 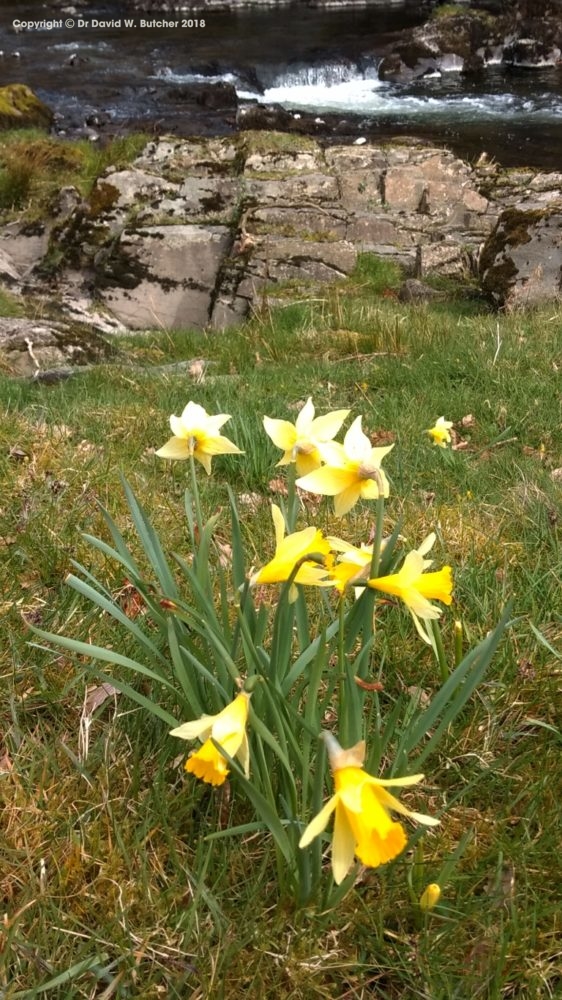 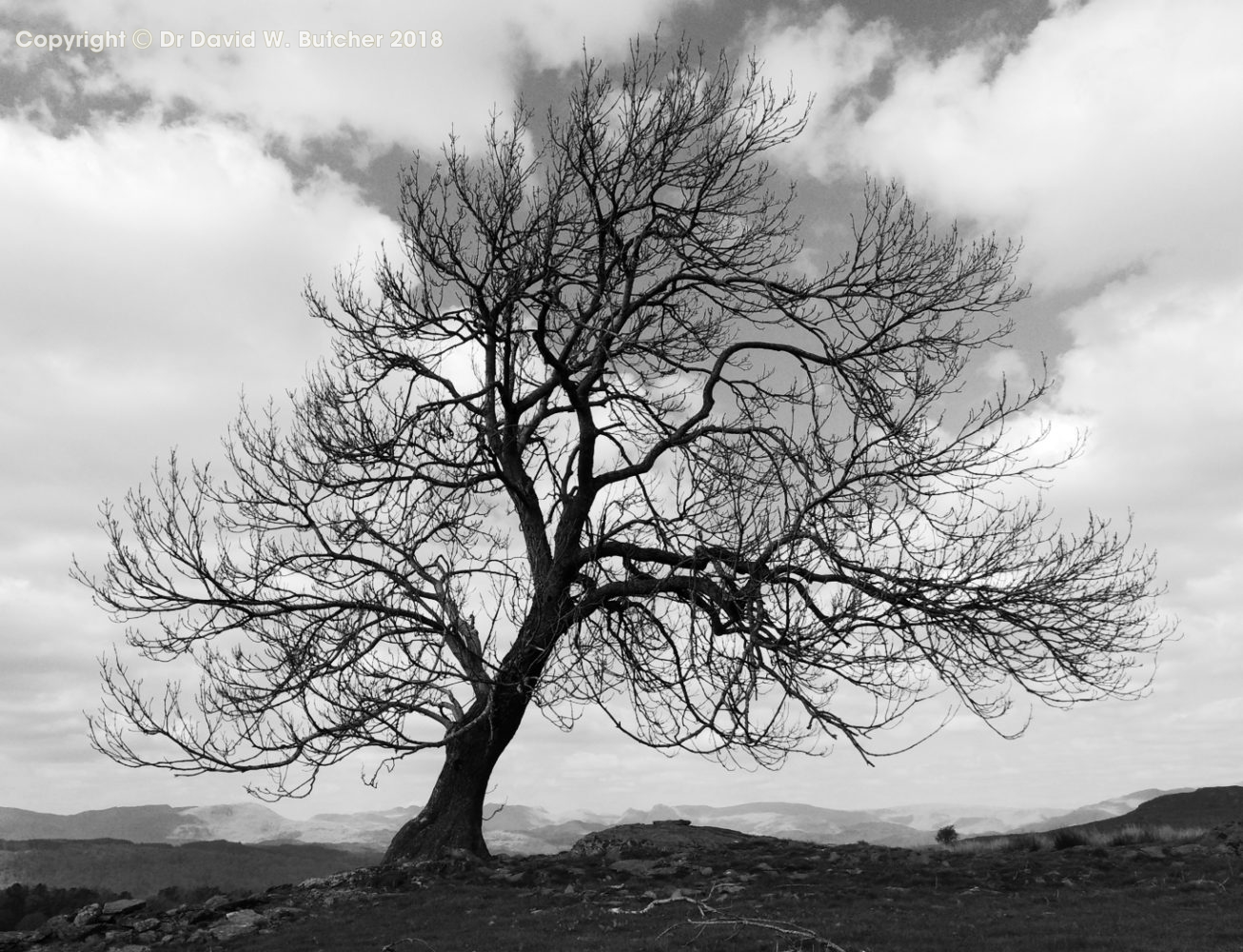 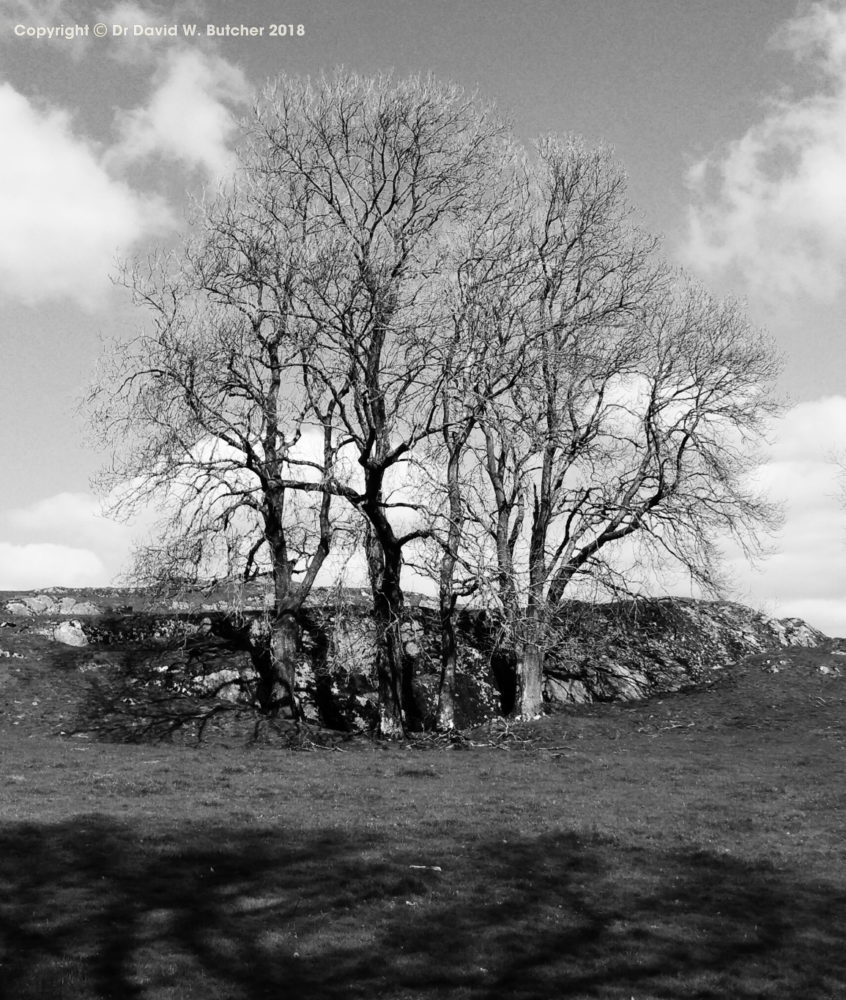 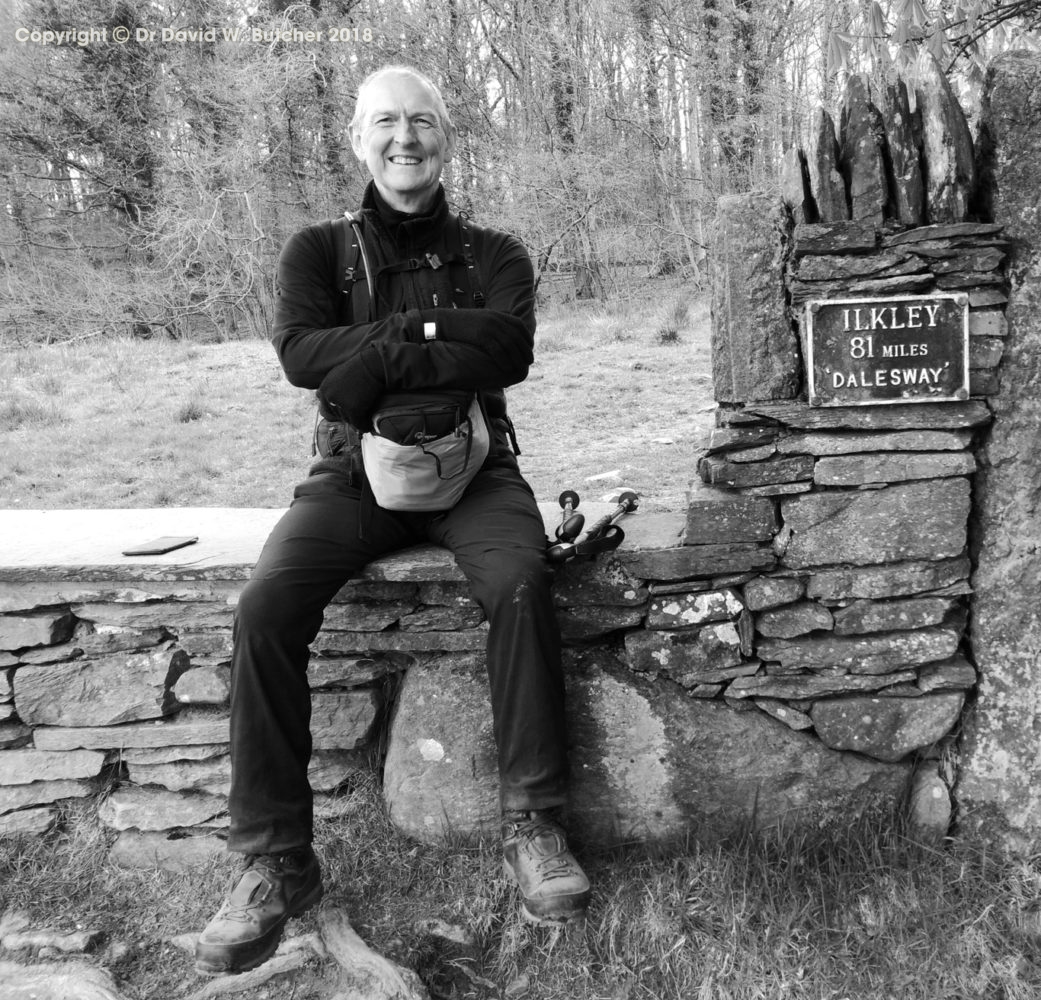 Yours Truly just above Bowness

Windermere and Bowness from above 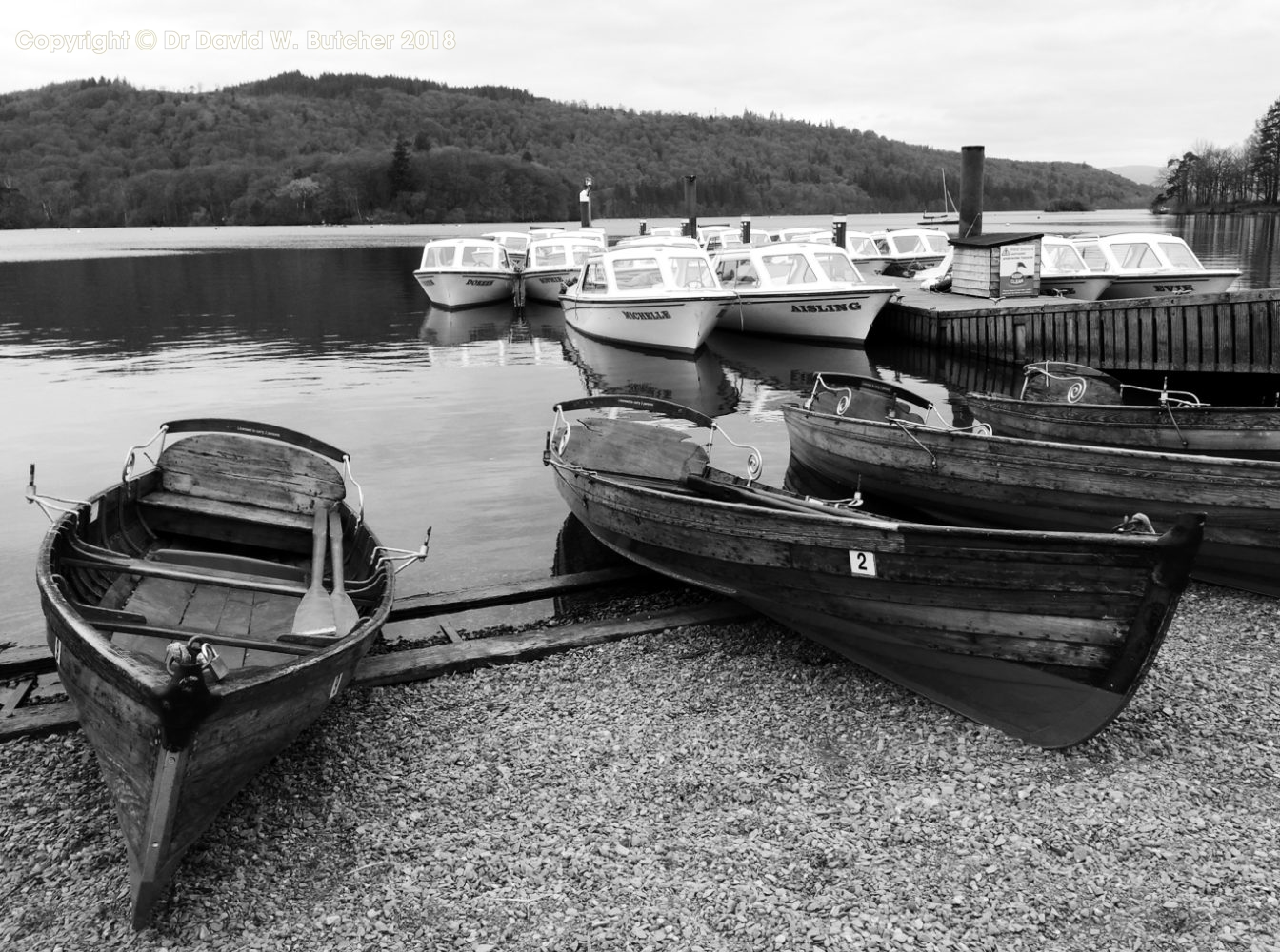 The End, Bowness on Windermere