There’s been a huge amount of snow in the Austrian Alps over the last few days. This has fallen on ice and pastures with no freeze thaw to stabilise it, so an enormous amount of work for the ski areas to make slopes safe for skiers.

Today was a blue sky day, so lots of photos to be taken. We knew it would be a late start so didn’t get to the lift until 10.30am. This was much too early, it didn’t open until midday. Instead of waiting we went for a walk, not easy in ski boots! Some interesting views which I wouldn’t have seen if everything was running normally.

Only 3 main lifts open but some great skiing and good views. I took a few shots on my Mamiya 7 film camera with Ilford 400 Delta 120 film. Unfortunately I forgot to take them on my mobile phone as well so I can’t include them here. They’ll be on the website in a few weeks time, hopefully.

Tomorrow is supposed to be even better weather with everything open. Keeping fingers crossed!

Dinner tonight at the excellent Bellevue Hotel was a veritable meat feast followed by a choice of 2 schnapps. I went for the pine cone flavoured version. I wouldn’t have believed you could get such a pleasant range of flavours from pine cones. Even better, I have the recipe! 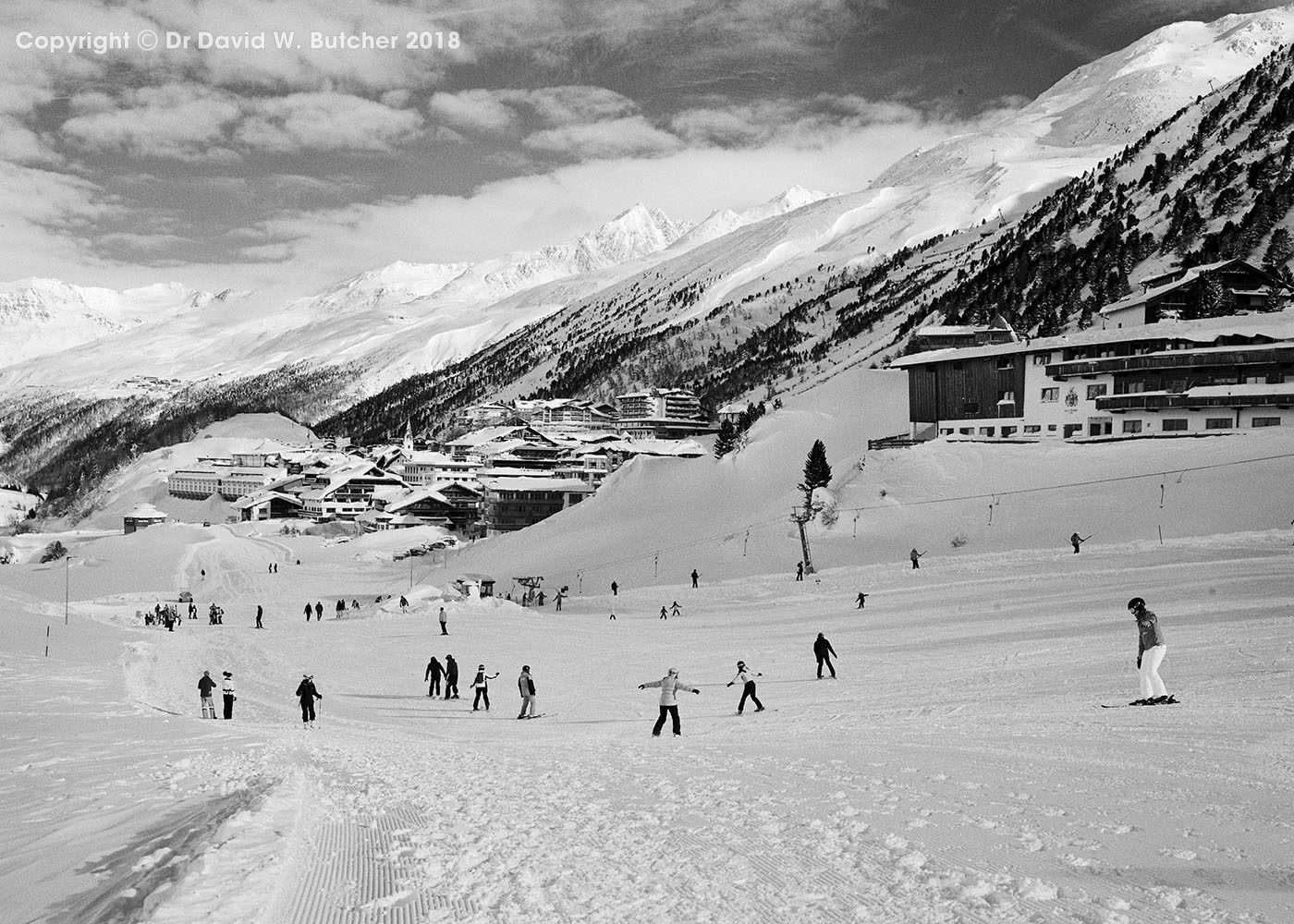 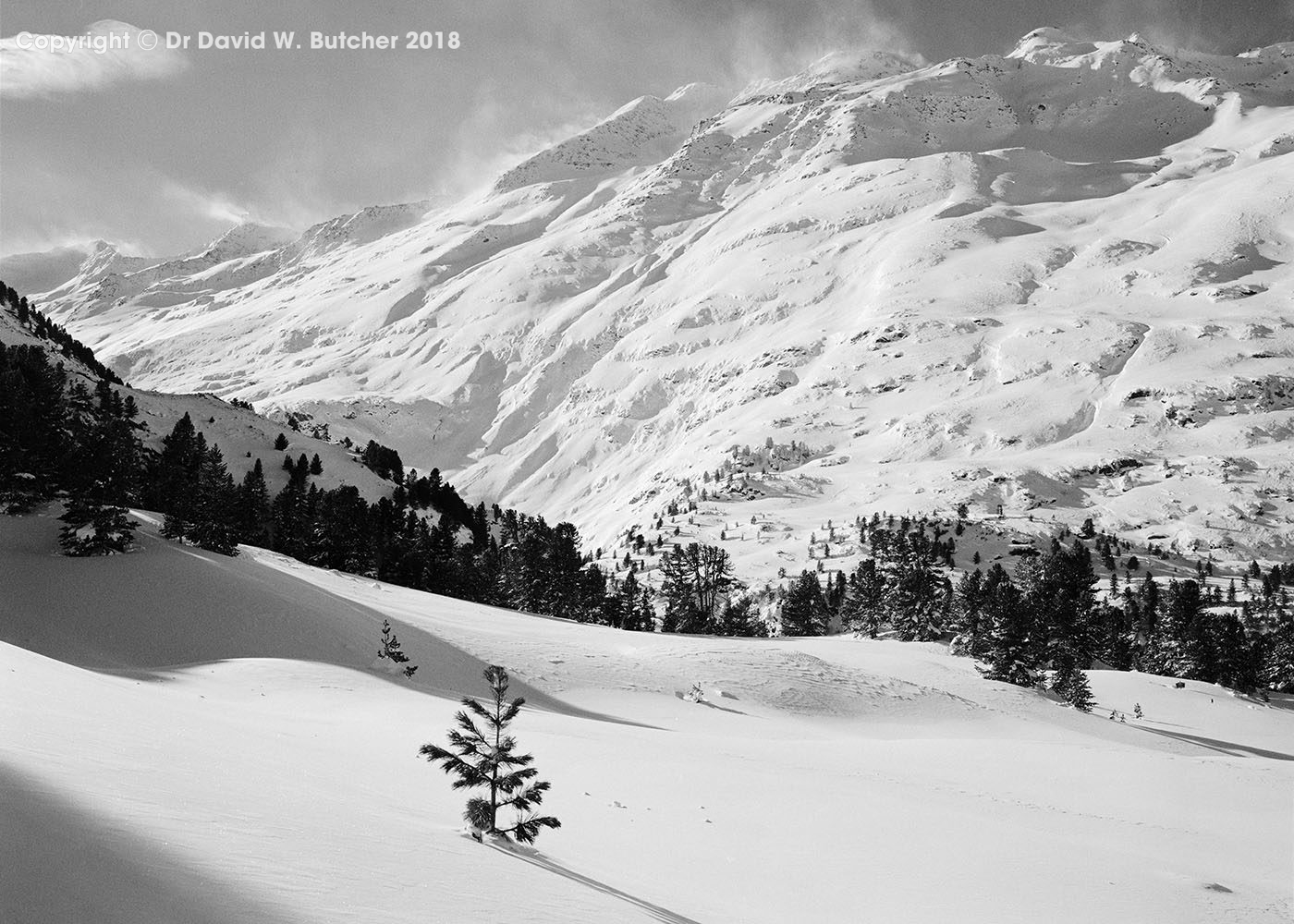 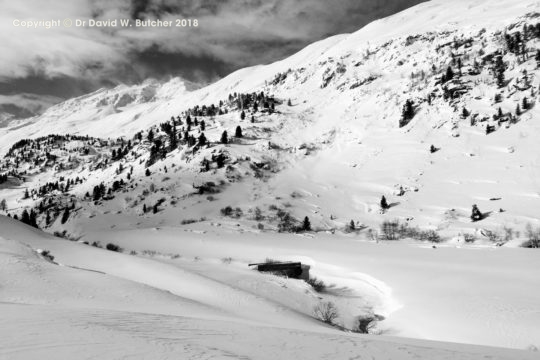 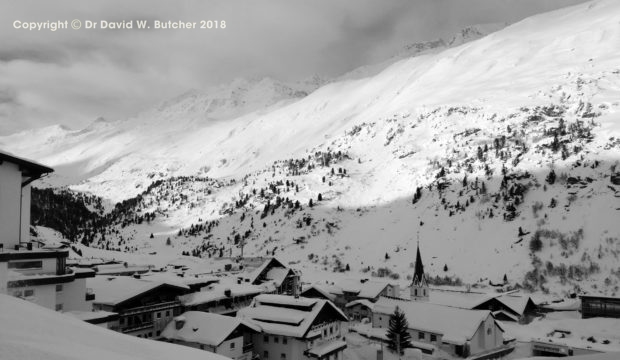 Obergurgl view from our bedroom window 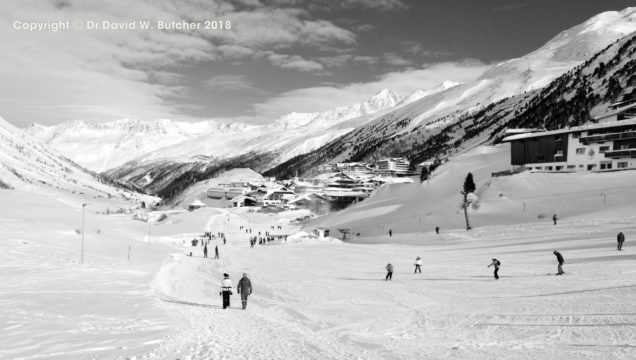