Yet another warm sunny day, not at all Autumnal. We left the Monsal Head Hotel after a good hearty breakfast for Little Longstone then headed up over the gently rolling hillside. At the top we were met with fantastic views in one direction, as well as a huge gash in the landscape, the abandoned quarry at Longstone Edge, in the other. The quarry was the subject of a 17 year fierce legal battle which went to the European Court of Human Rights.

Beyond we headed down a steep sided dale to Stoney Middleton. We stopped at the Moon pub for a medicinal pint for my aching back, an excellent Marston’s Pedigree.

Next came the plague village of Eyam. Bubonic plague broke out in 1665 and eventually they decided to cut themselves off from the outside world for 14 months to stop it spreading. 260 people died in the village. It’s quite sobering to wander around the village seeing the plaques recording the locations of all of the deaths.

Before entering Eyam we passed the Boundary Stone which marked the point beyond which the villagers wouldn’t go.

From Eyam we headed uphill, across open moors before dropping down to Hathersage. We were staying in the Little John in the centre of the village. 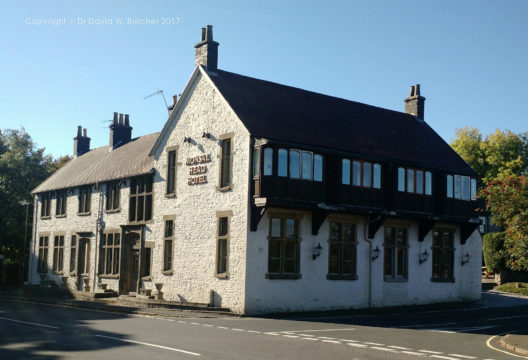 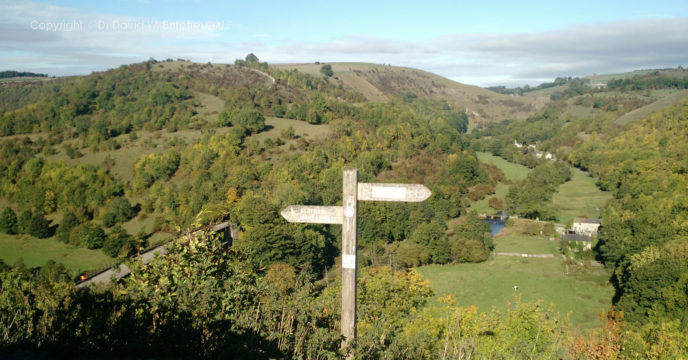 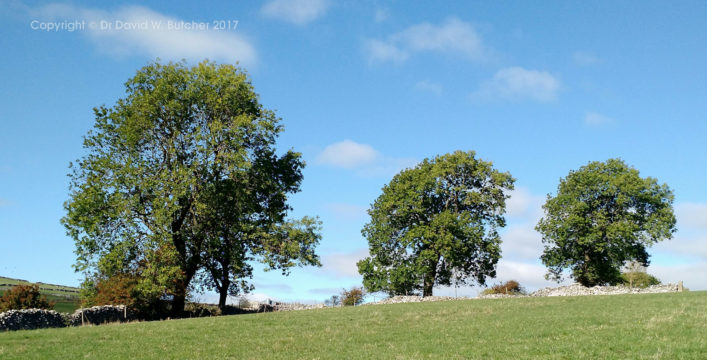 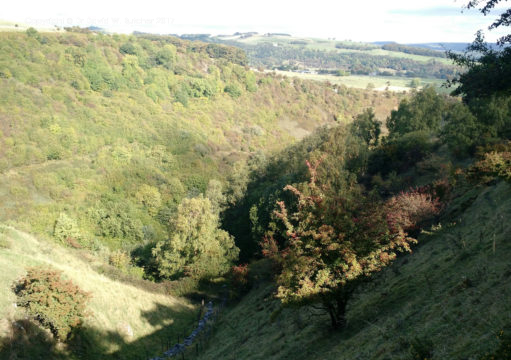 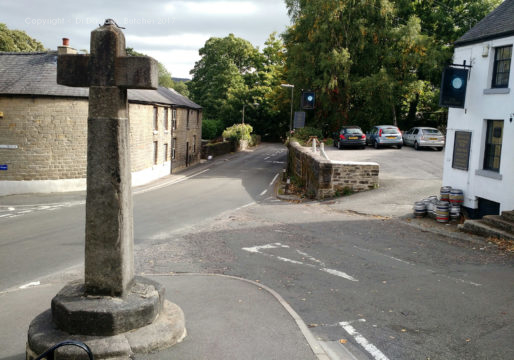 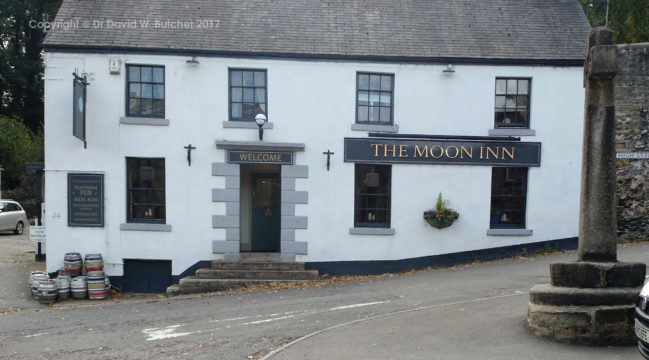 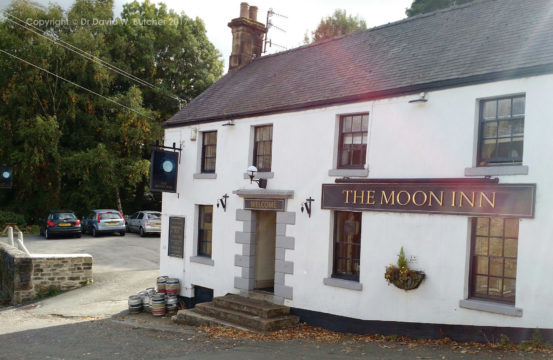 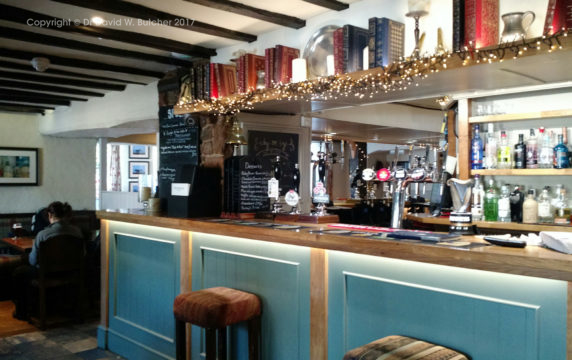 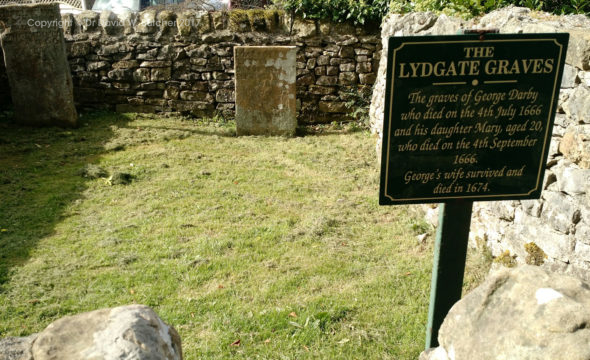 Eyam, first graves as you enter from Stoney Middleton 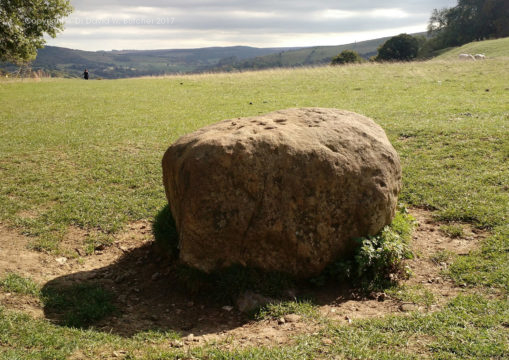 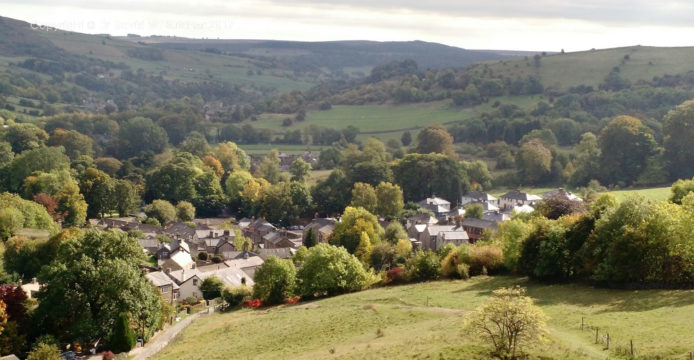 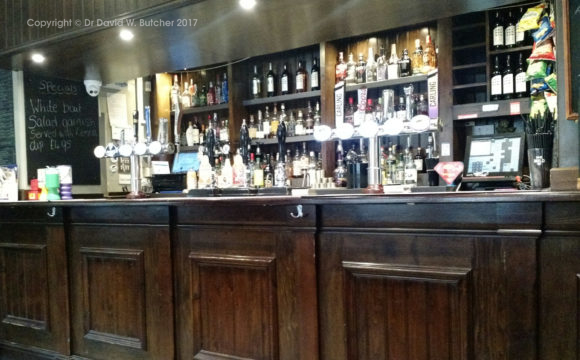 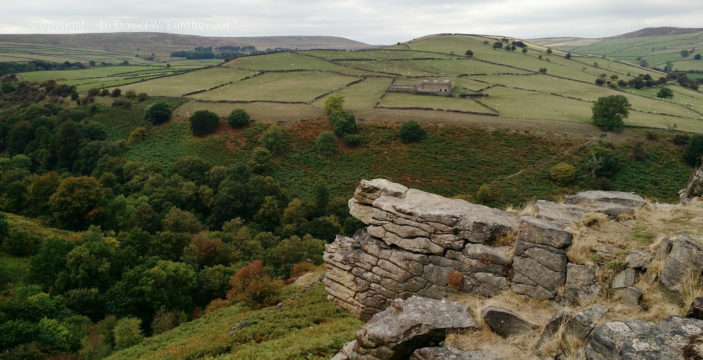