A very wet day from start to finish. Drizzle in the morning, low clouds on the hills and torrential rain, as in stair-rods rain, in mid-afternoon.

The day started with several miles along the canal from Redding in southeast Falkirk. This included crossing the Avon Aqueduct, the longest and highest aqueduct in Scotland. Quite a view over the river below!

This was followed by crossing hills and reaching the top of small hill Cockleroy at 12.30pm with a cairn and a topograph on top (donated by the AA). No view and steady rain. On the way down I was passed by a young woman running up the hill in full England running kit, I felt a bit over-dressed wearing 4 layers including full waterproofs. She passed me twice more while I was descending.

Then followed some forest trails, fields, another hill (Riccarton Hill) in thick cloud and driving rain. I had intended to go up a third hill but couldn’t see beyond the hedgerow because of low cloud so gave it a miss.

The rain became heavier until it was a deluge mid-afternoon. The path was running like a river with between 2 and 4 inches of water. This lasted about an hour and was very unpleasant. It was with relief I made it to the Grapes pub in East Calder, southeast of Livingston. 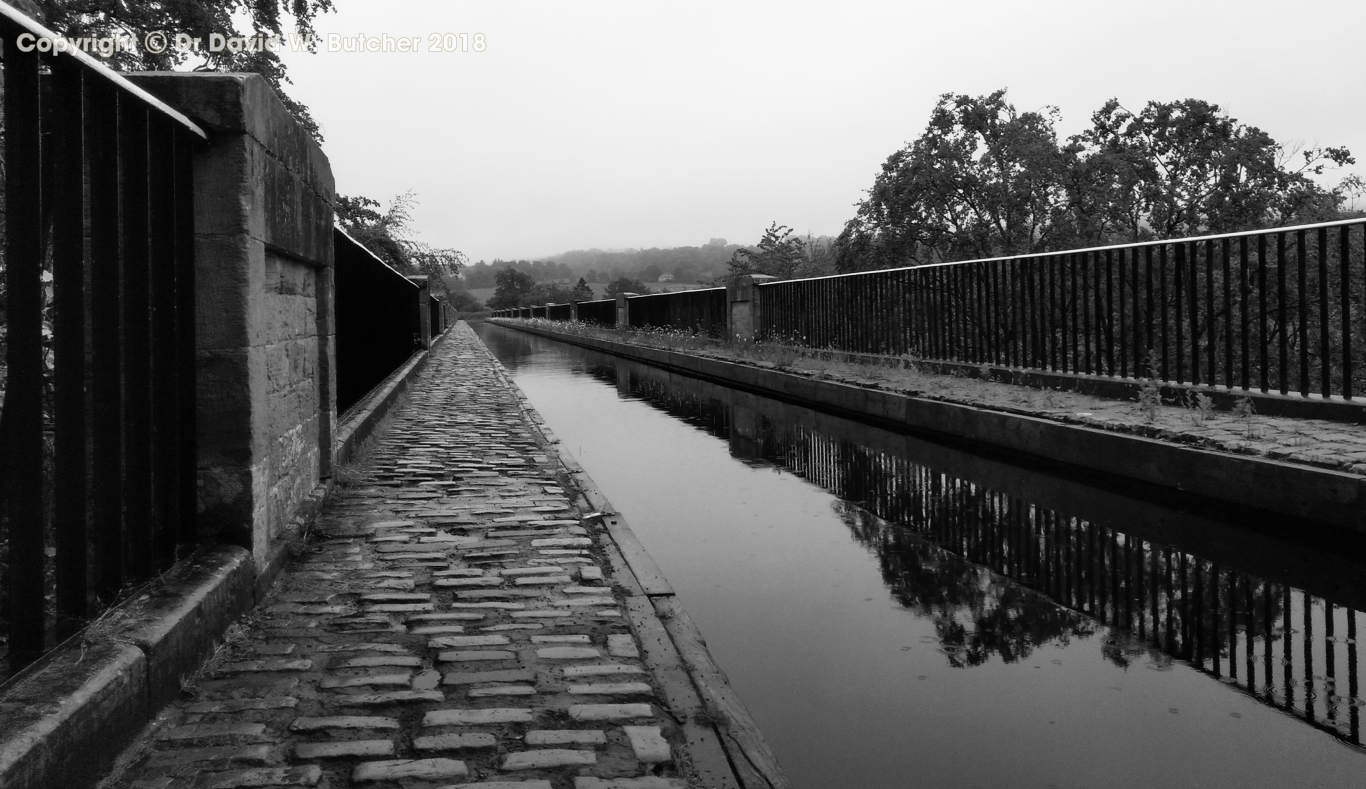 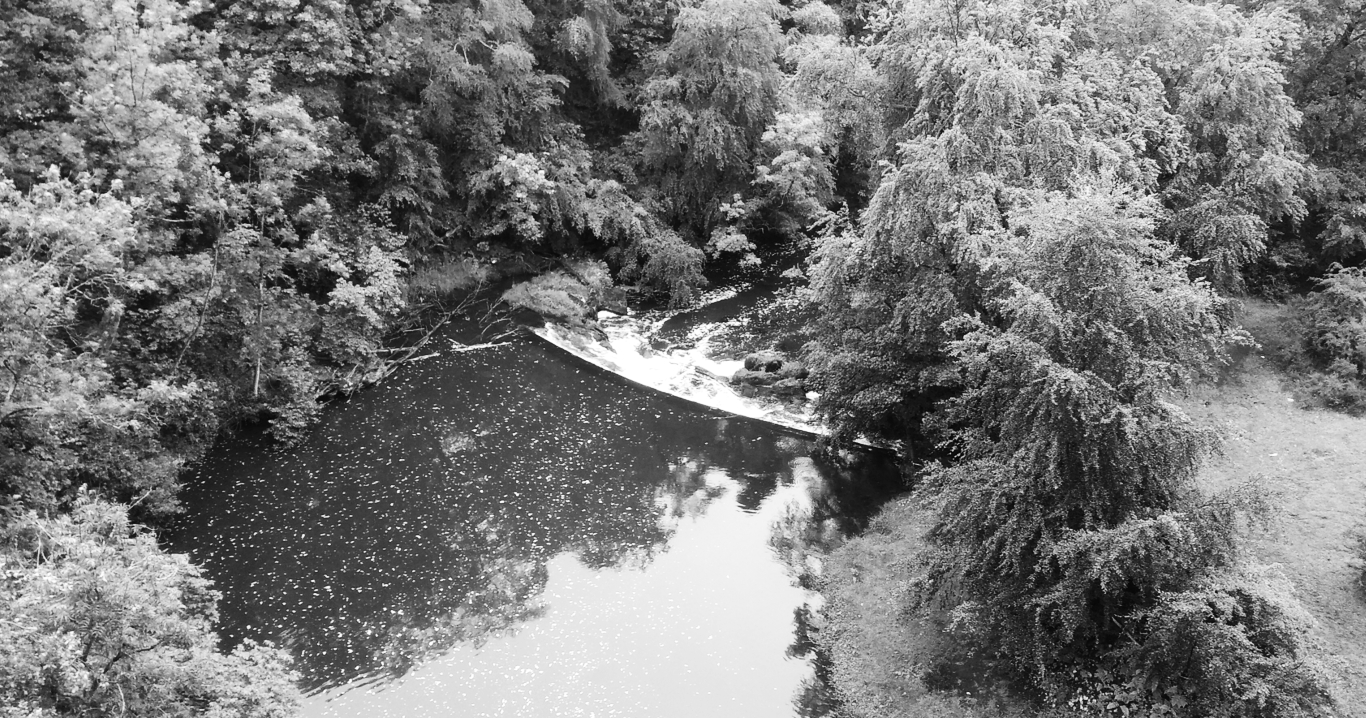 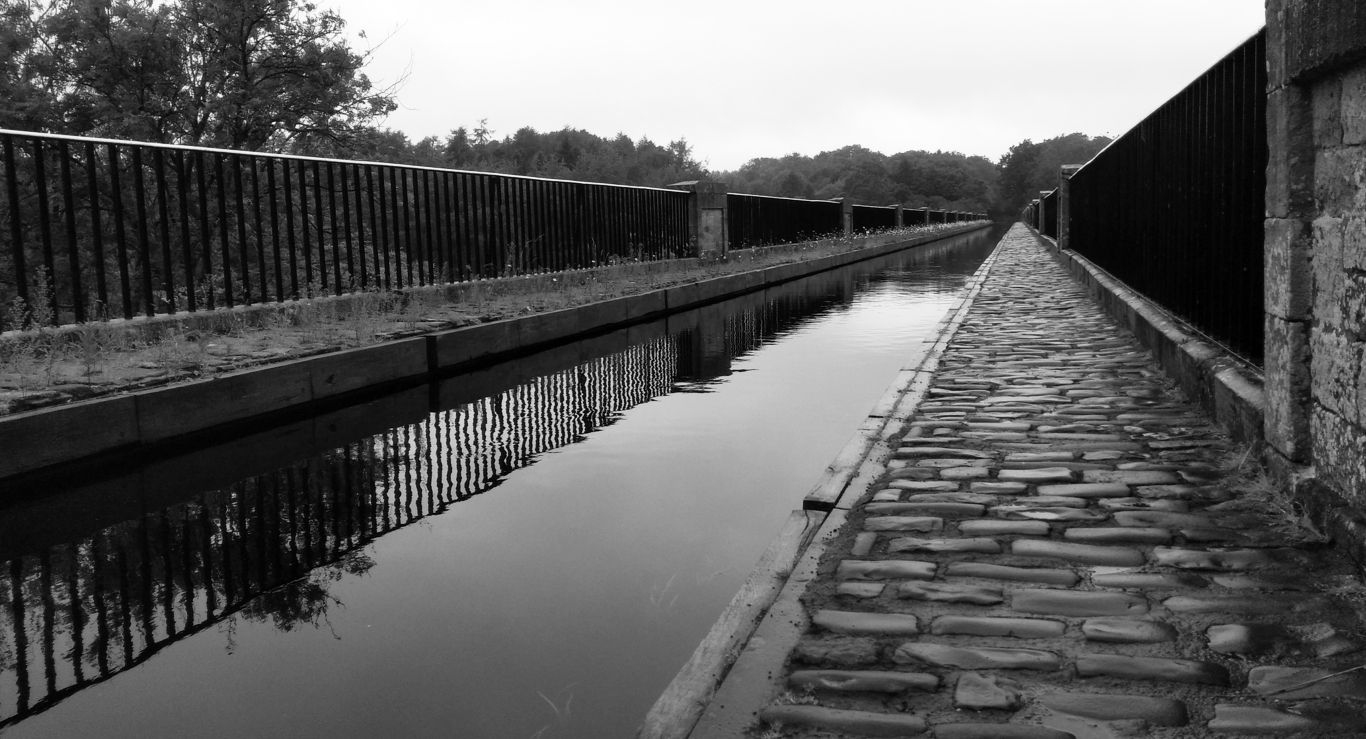 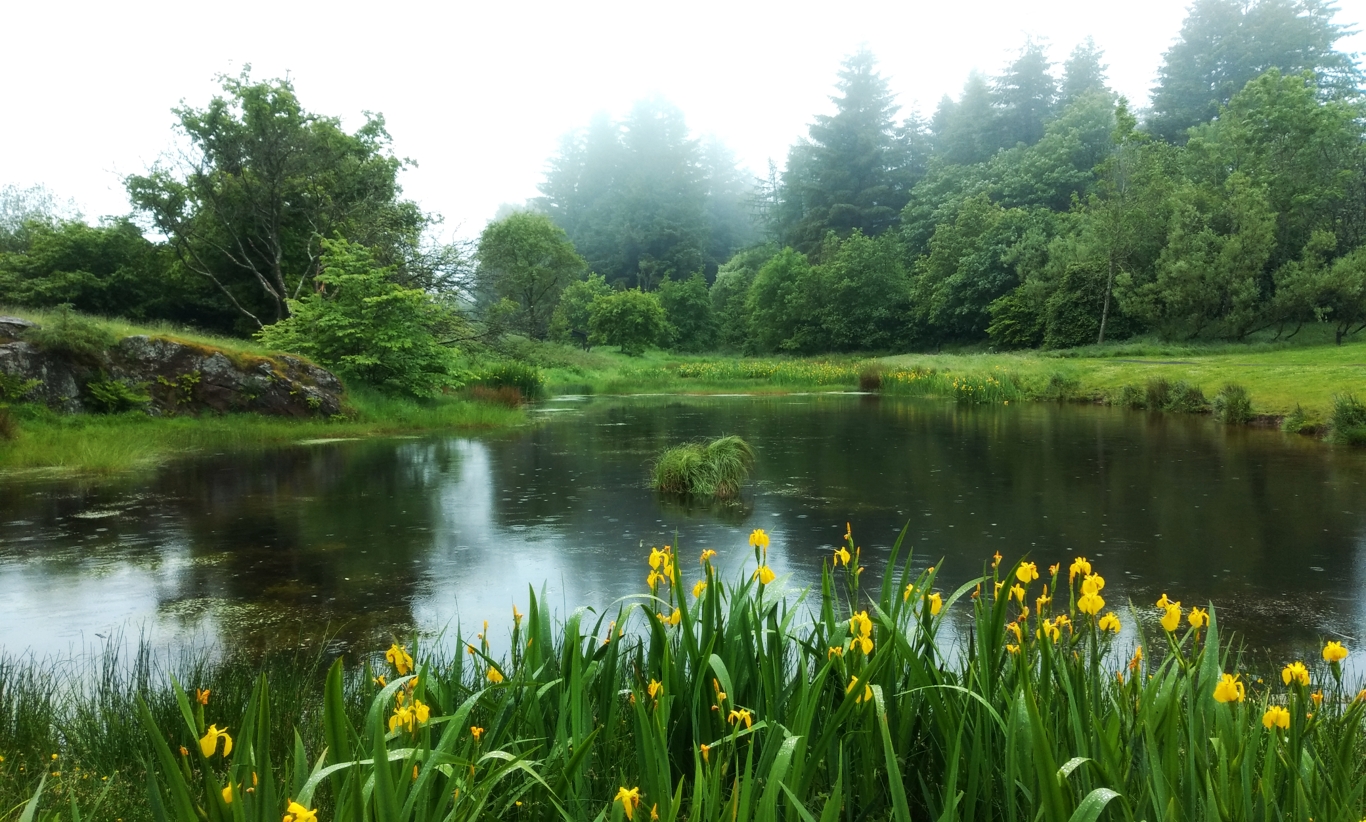 A hill walking day at last. An overcast but dry day, cold wind on the tops.

From East Calder at 11am we walked through a housing estate to an old road and a footpath. This crossed the main road and a railway line where Jan turned back to return to the car. I followed the minor road up the hillside before crossing the fence to make my way to the top of Corston Hill at 12.30pm. The sound of gunfire from the clay pigeon range down below was a bit distracting until the hill hid the noise as I dropped down the other side. No track to follow but firm ground everywhere except the drainage ditches near the main road.

I had been looking forward to the next section as it followed the old Cross Border Drove Road to West Linton. Unfortunately, the recent rains had put the route under several inches of water. It was less of a road, more of a pond. I made my way along the top of the ruined wall to avoid the worst of it.

The next section had lots of new wood mini bridges over the worst of the peat bog. This took me to the col where I left the main track to head up the hill to my left. There was a small indistinct sheep trail leading to the top of East Cairn Hill which I reached at 2.20pm. There was a cold strong wind at the top so I put on my waterproof jacket as a windproof, hat, gloves and neck warmer. The rest of the day was spent walking along the long ridge over Wether Law, The Mount, Grain Heads, Mount Maw (4.15pm) and Faw Mount. I came off the end of this to rejoin the CBDR to West Linton.

Jan walked to meet me so we did the last couple of miles together. In West Linton I had a celebratory pint in the Gordon Arms before Jan drove us back to our hotel. 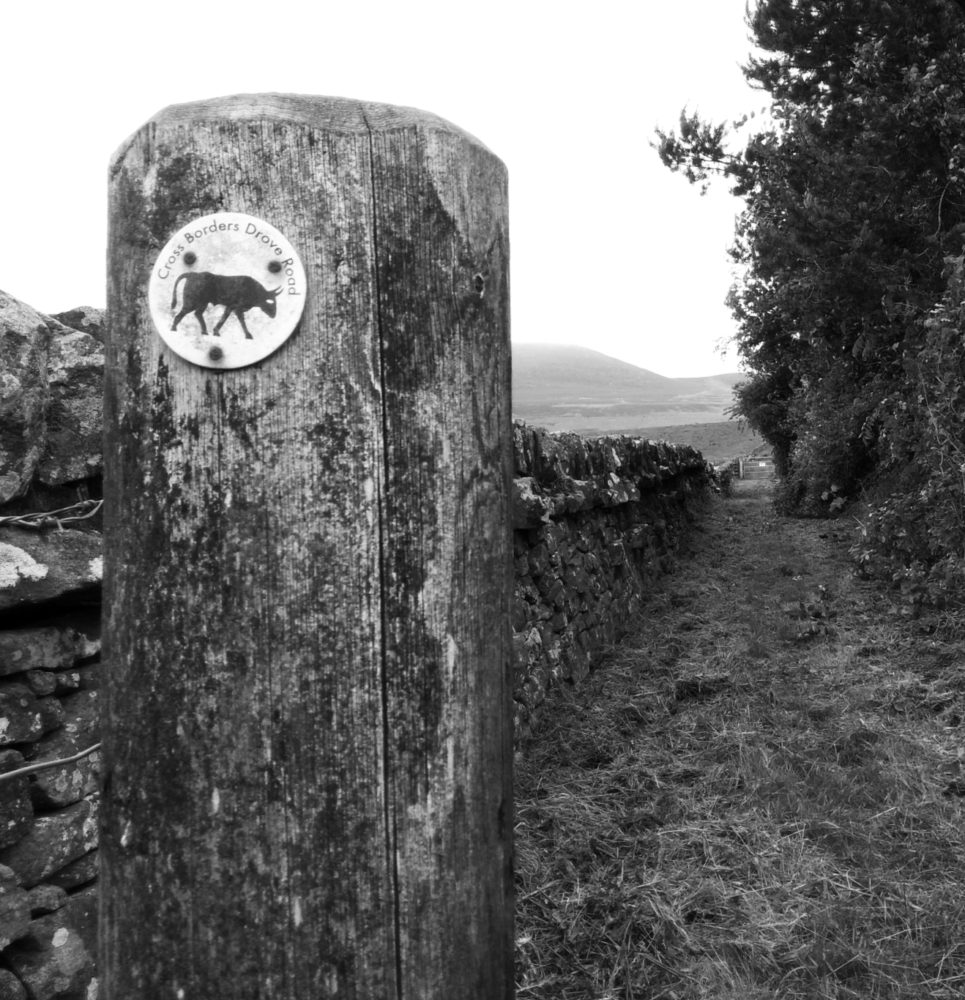 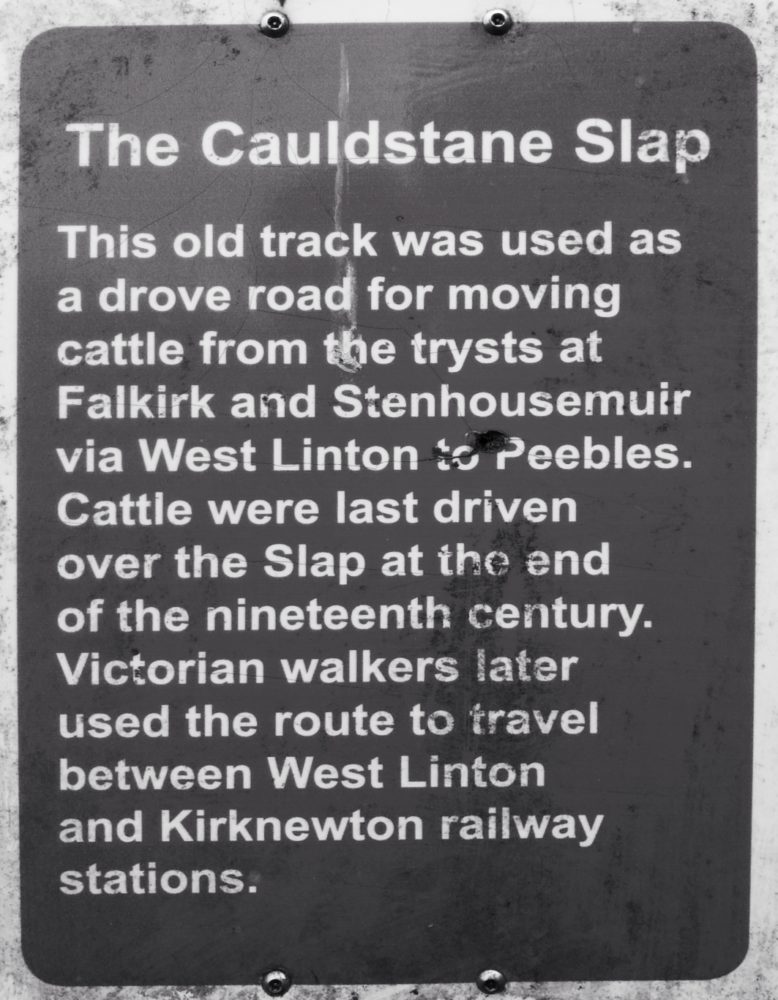 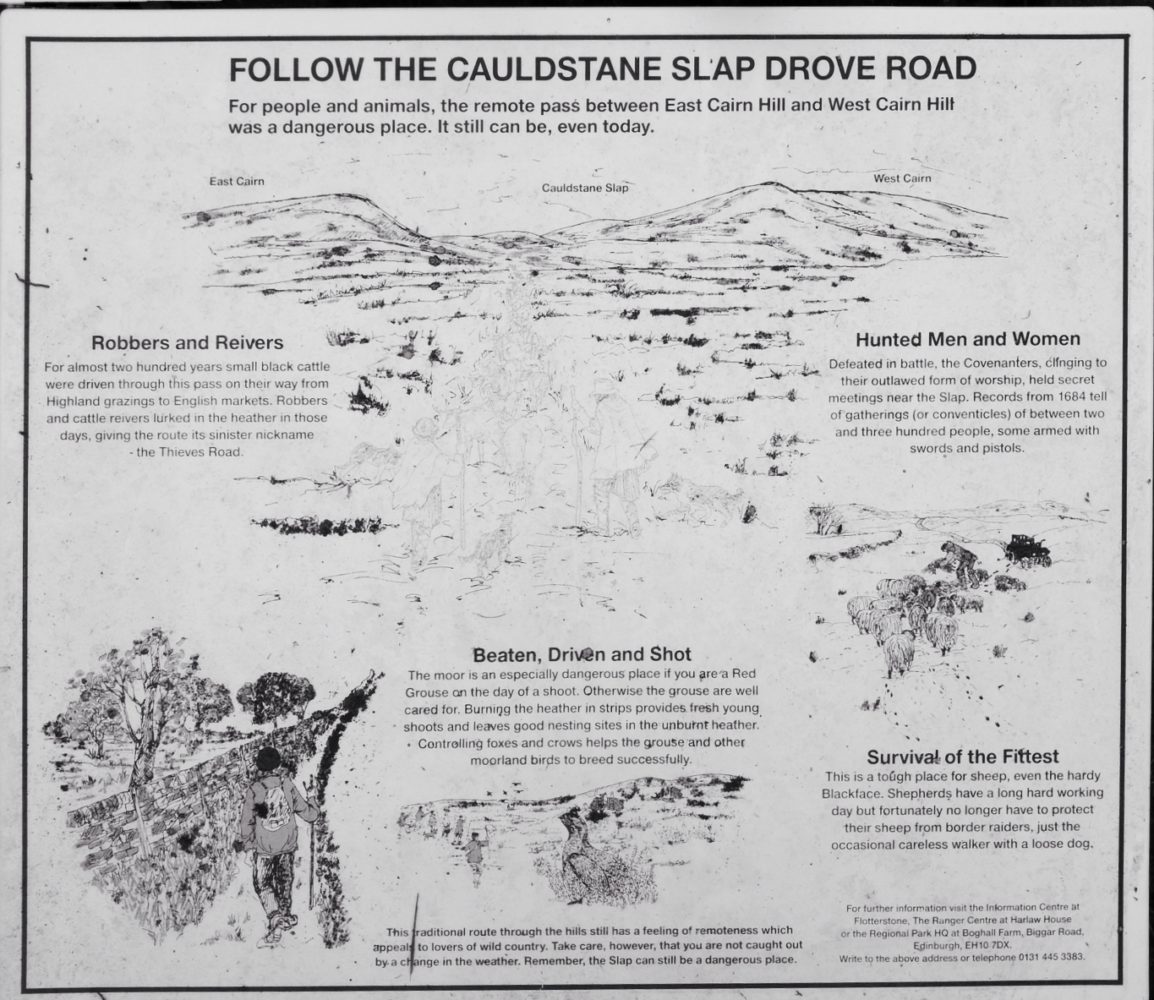 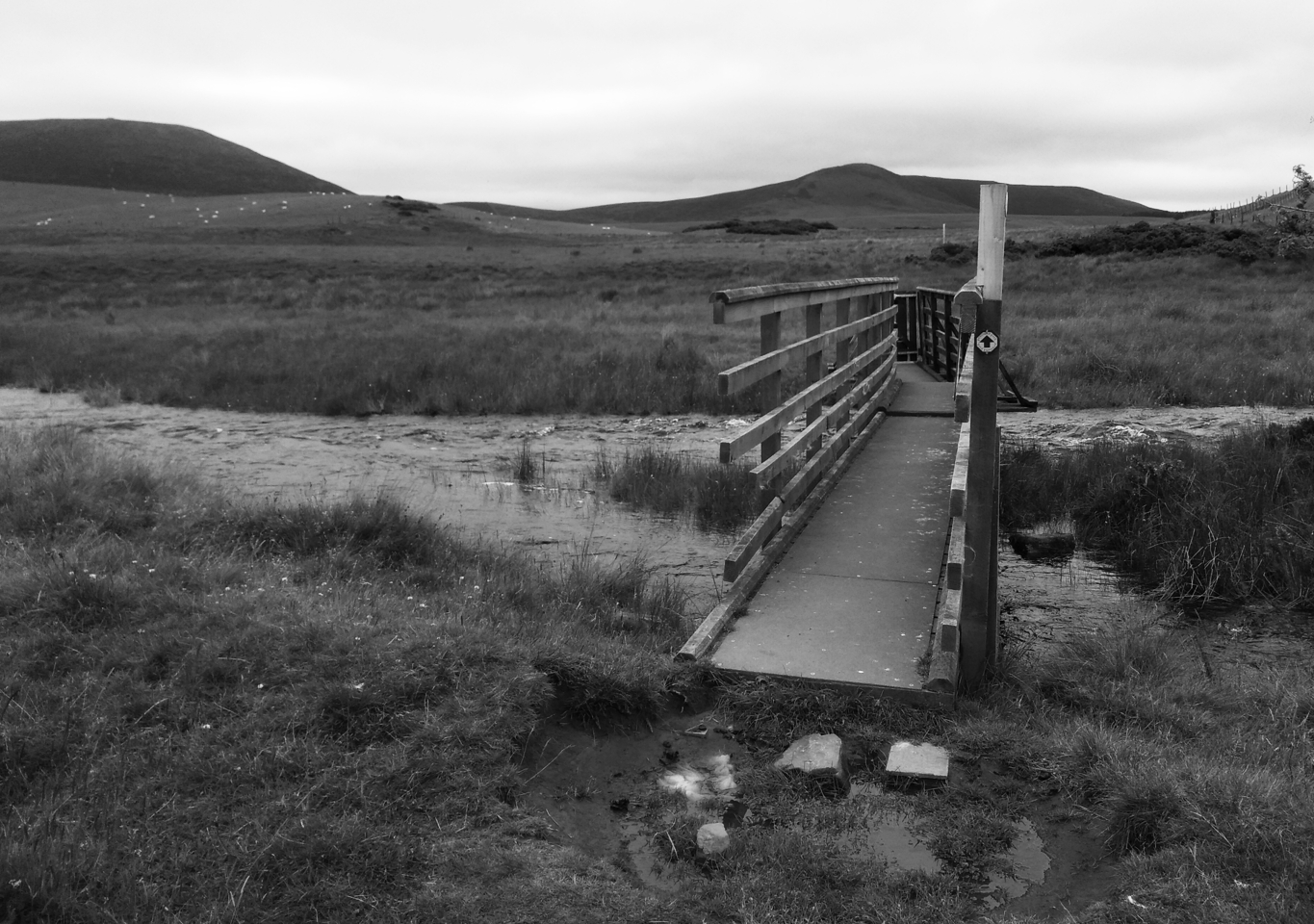 Bridge over stream with East Cairn Hill in background on left 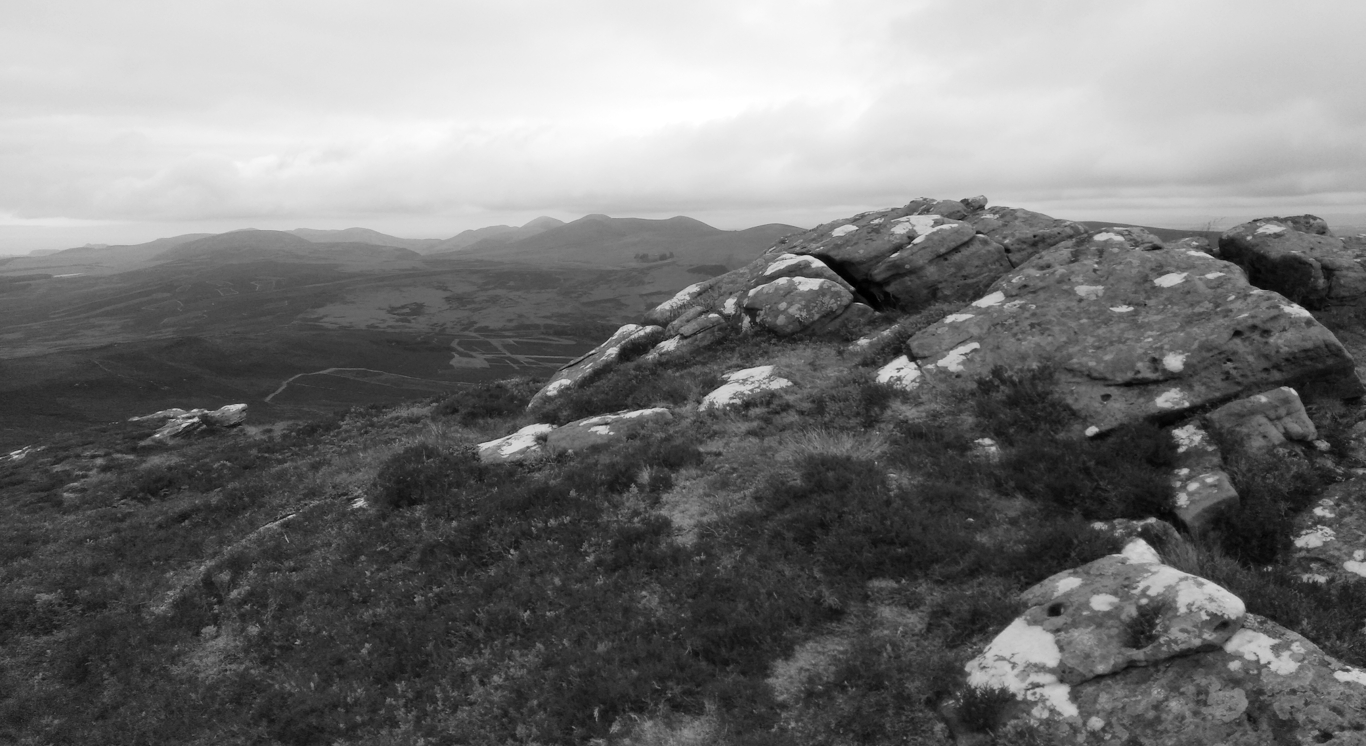 View from start of ridge

View from Mount Maw back along ridge 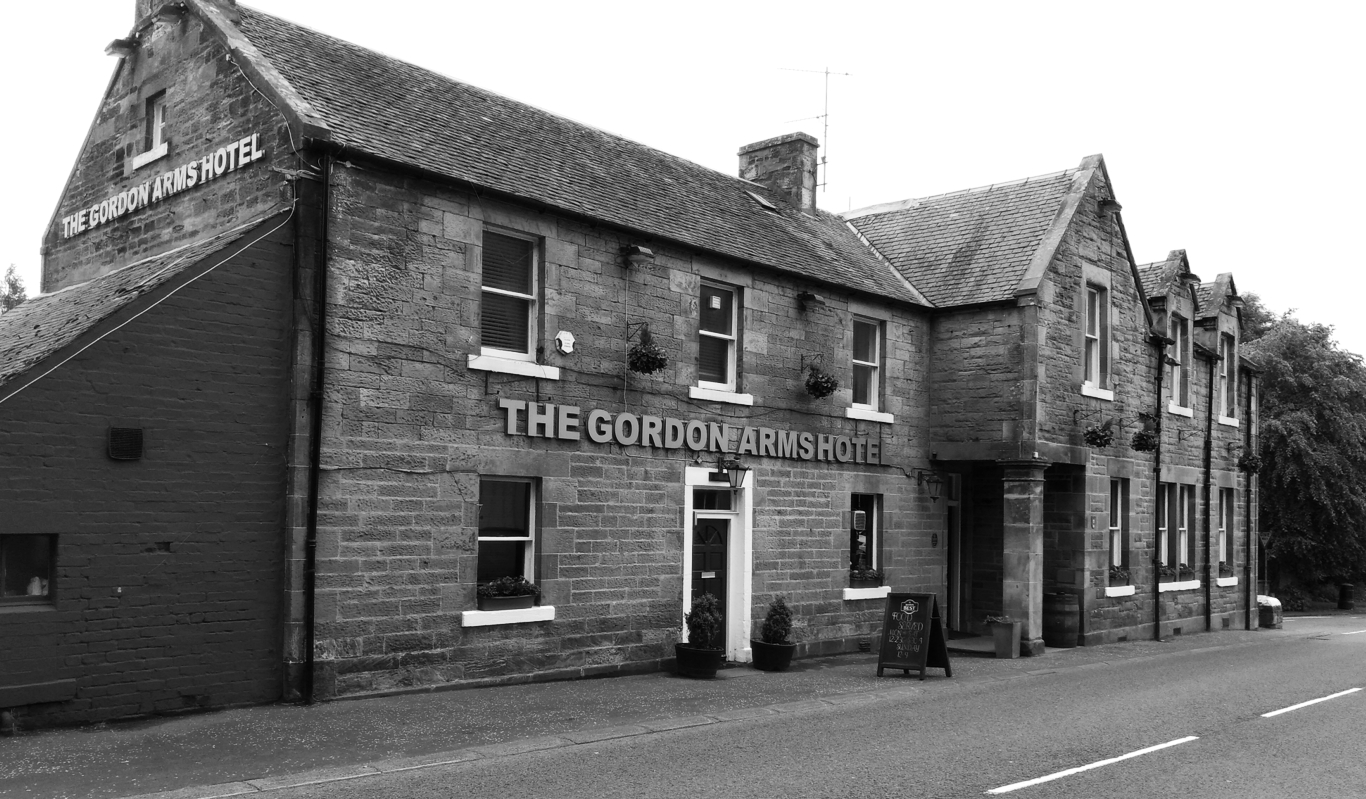 A complete contrast to Monday, it was sunny and warm most of the day.

We parked in West Linton at 10.45am and walked along the road south. Jan turned back after a mile or so as it was just road walking.

After a couple of miles I picked up the old drove road to Peebles. This led me into the hills behind Halmyre Mains, through woodland and onto open hillsides. I made a brief detour up Drum Maw before returning to the drove road which I followed pretty much into Peebles, except for another slight detour up Hamilton Hill for the view over Peebles.

About 3 miles out I stopped for 20 minutes or so to chat with a man walking from Lands End to John O’groats for the eighth time.

As I came down Hamilton Hill I met Jan coming to meet me and we walked into Peebles together. We headed to the Wetherspoon’s pub for a celebratory drink and some food before driving back to our hotel.

So that ended the first section of the Missing Link Trek of Milngavie to Kirk Yetholm. It was just over 75 miles in 5 days including 11 hills. It included parts of several trails including the Thomas Muir Way, the John Muir Way, the Antonine Wall Way and some old drovers roads.

I didn’t carry my Mamiya 7 camera as I didn’t want to carry the weight and wasn’t sure any photos would make it worthwhile. All blog post photos were taken on my Motorola One phone and simply edited using Snapseed (convert to black and white, crop, curves).

I enjoyed the hill days the most but found the Antonine Wall bits very interesting, especially when you consider it was only used in anger for 23 years.

The last section from Peebles to Kirk Yetholm is scheduled for 5 days in September, fingers crossed. 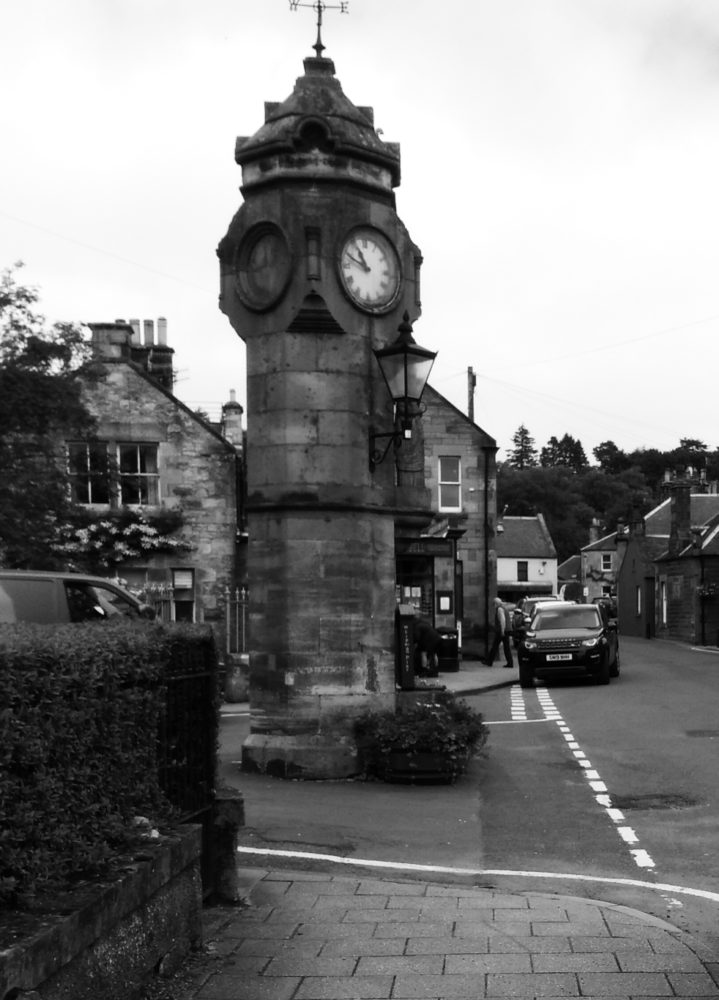 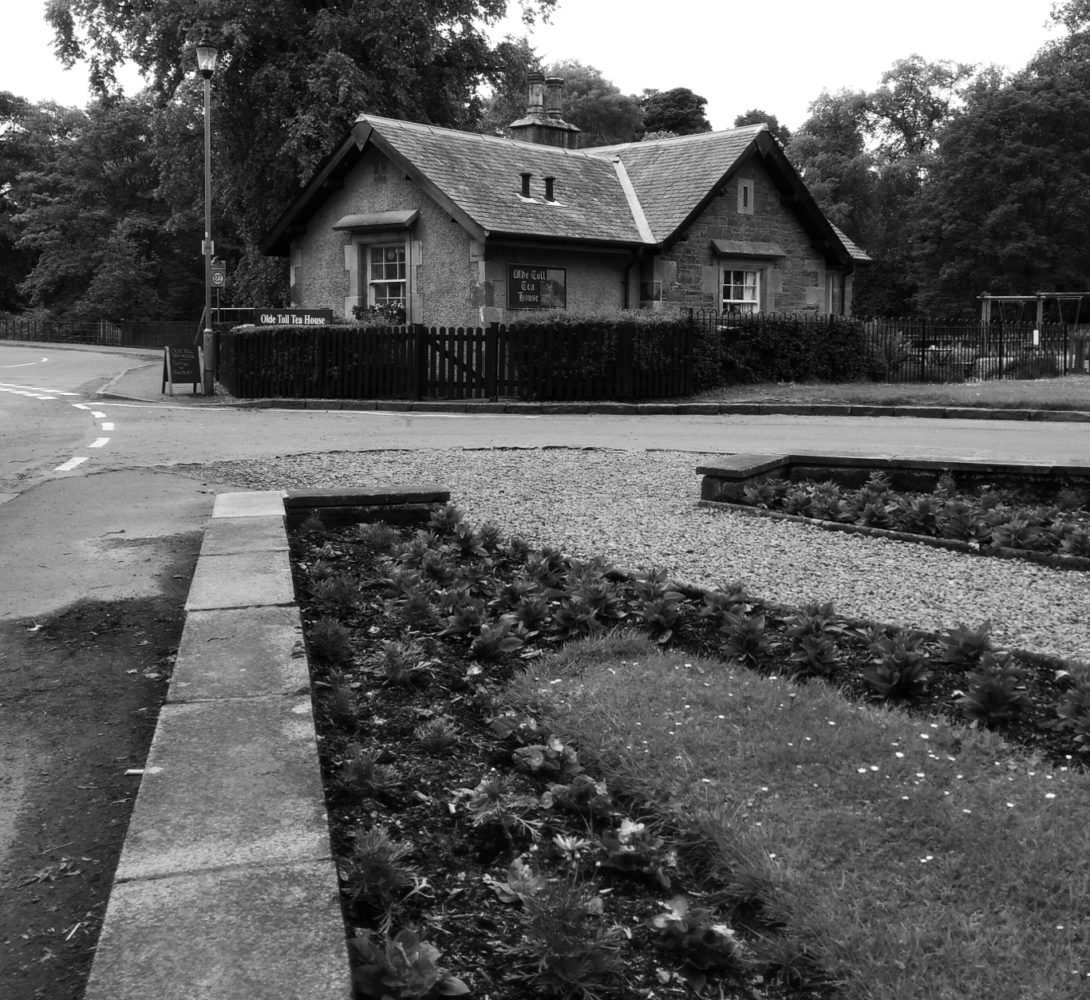 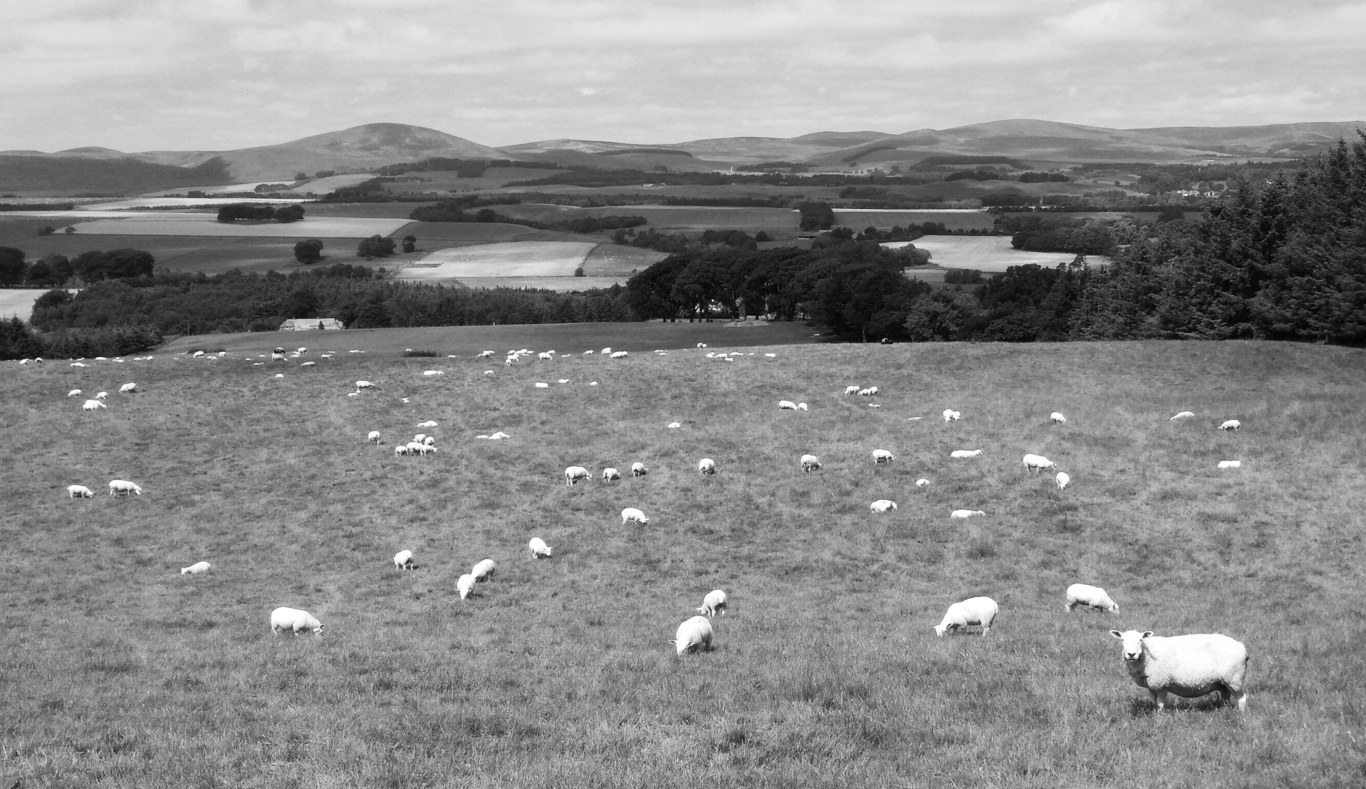 View back at route from West Linton 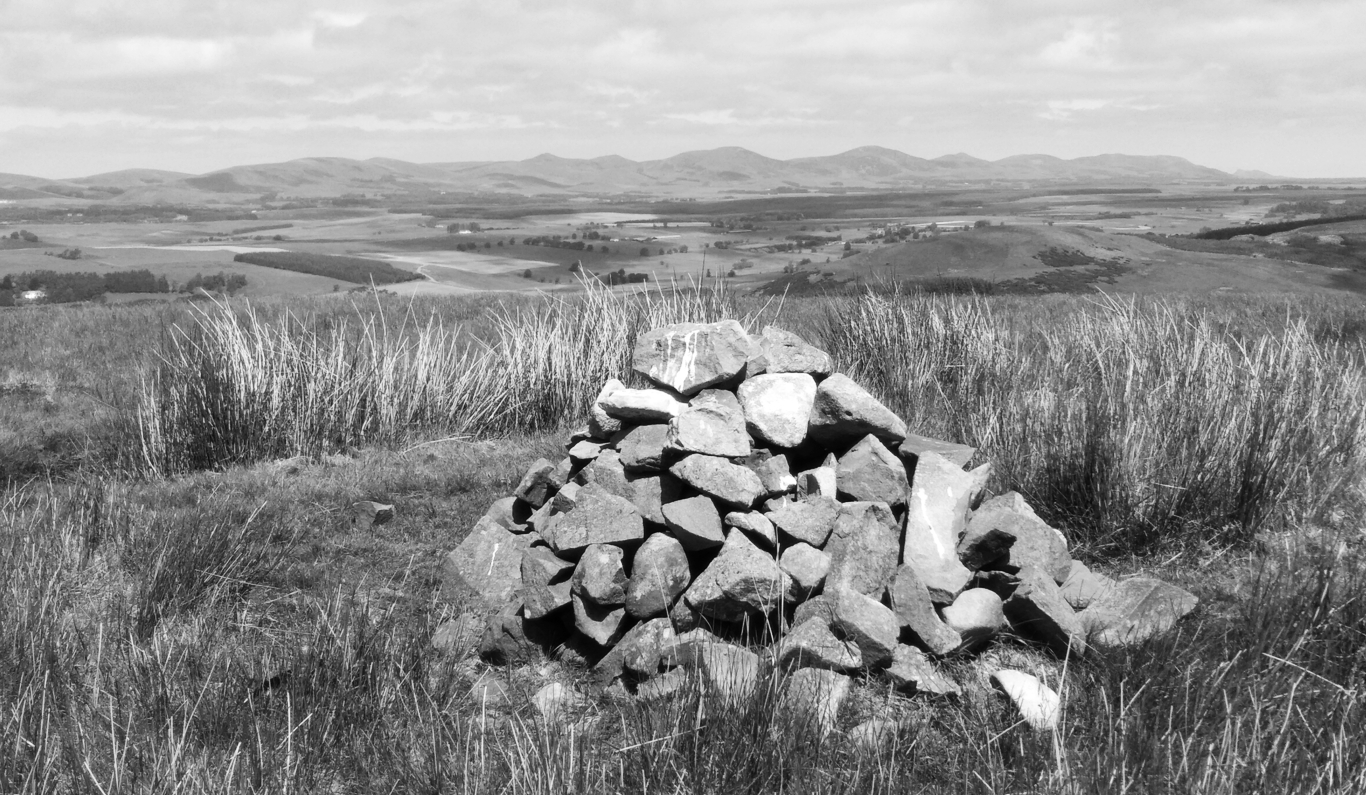 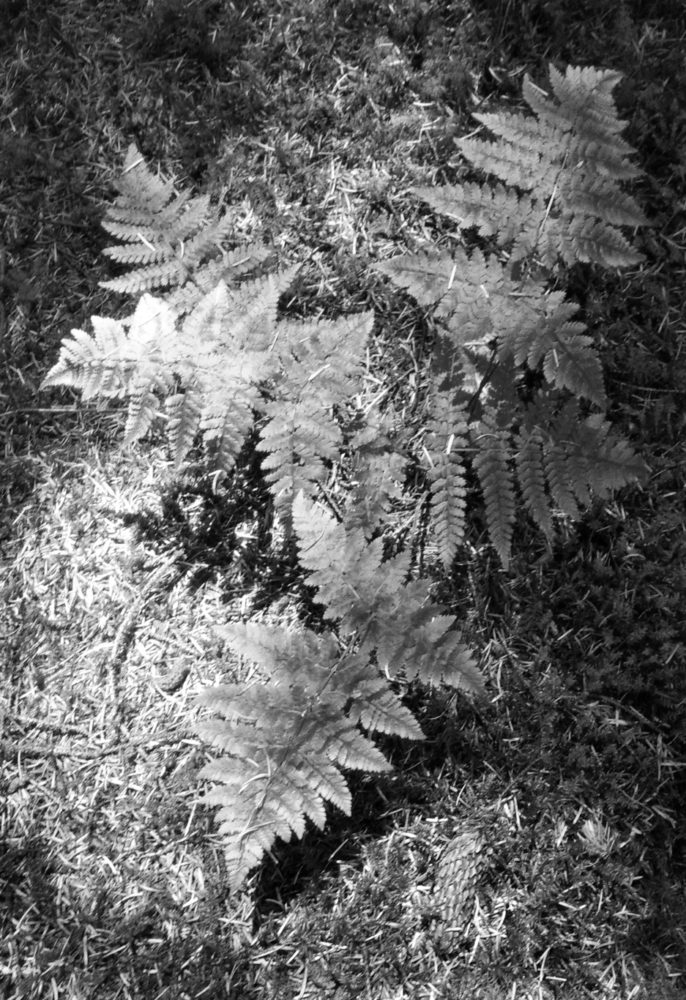 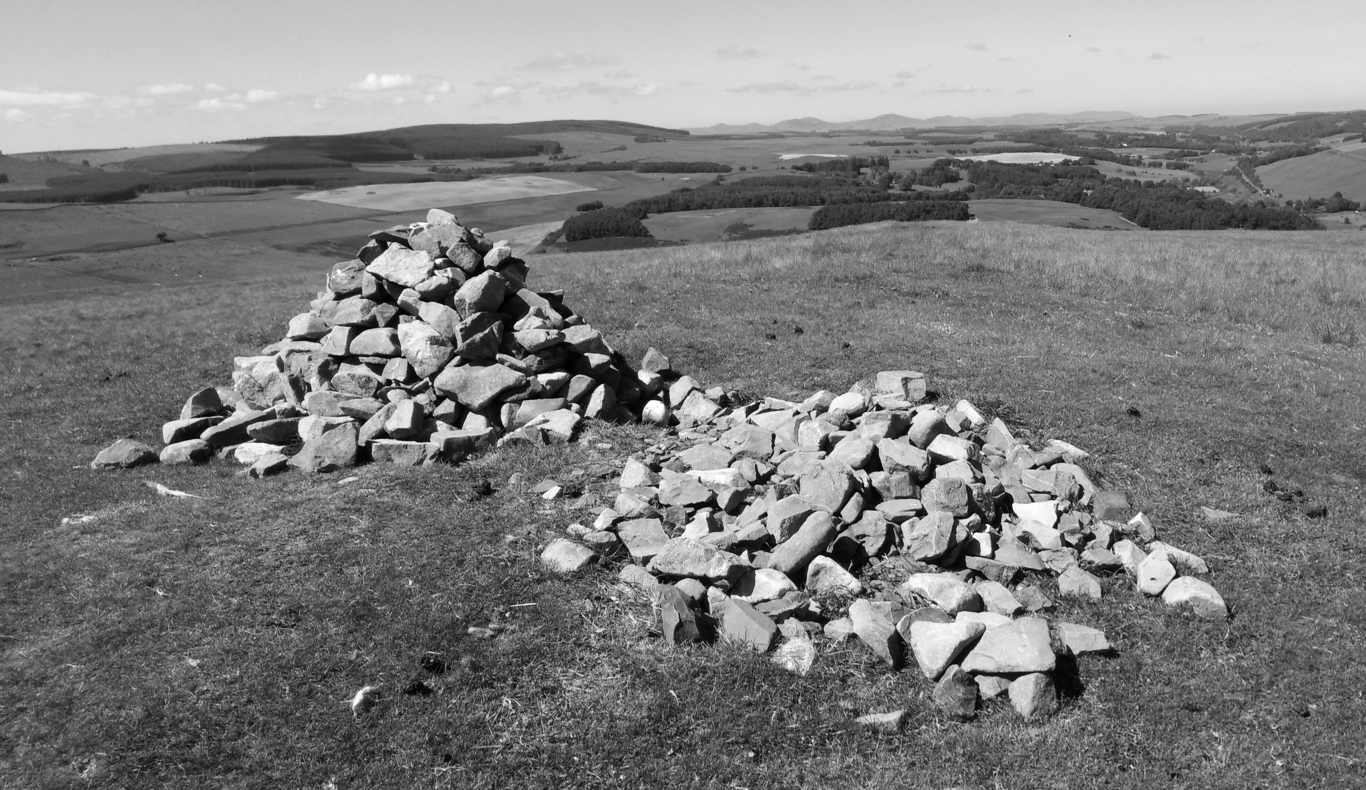 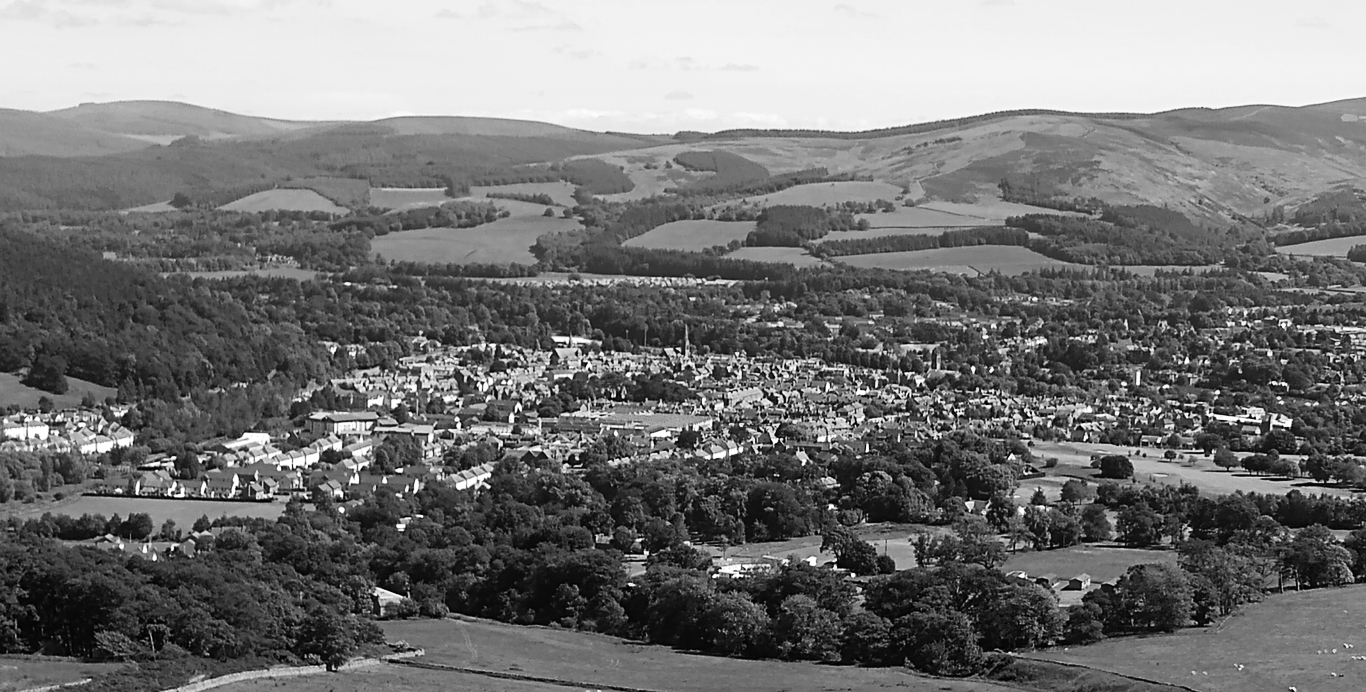 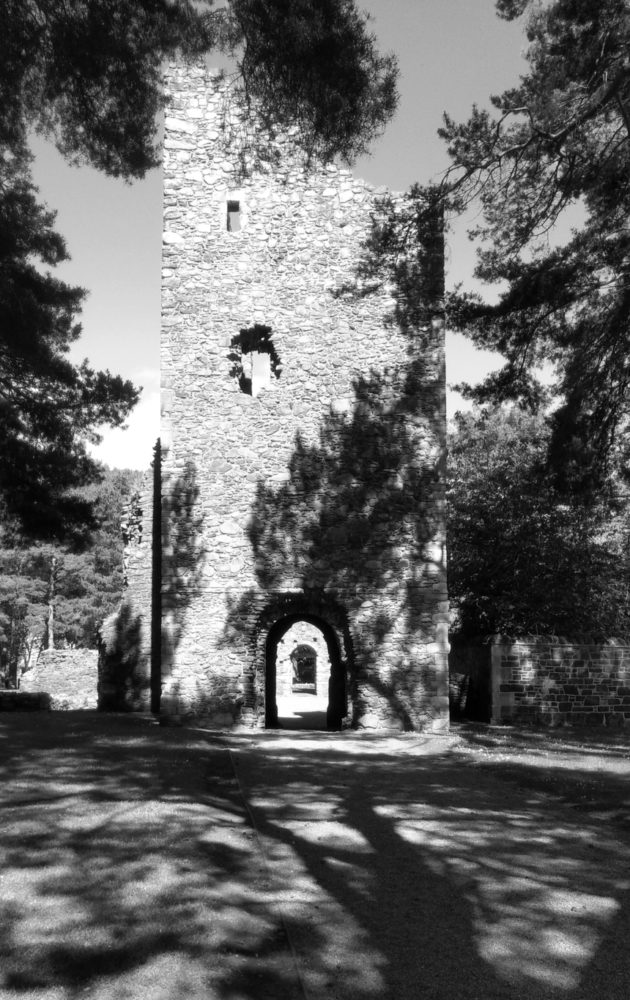 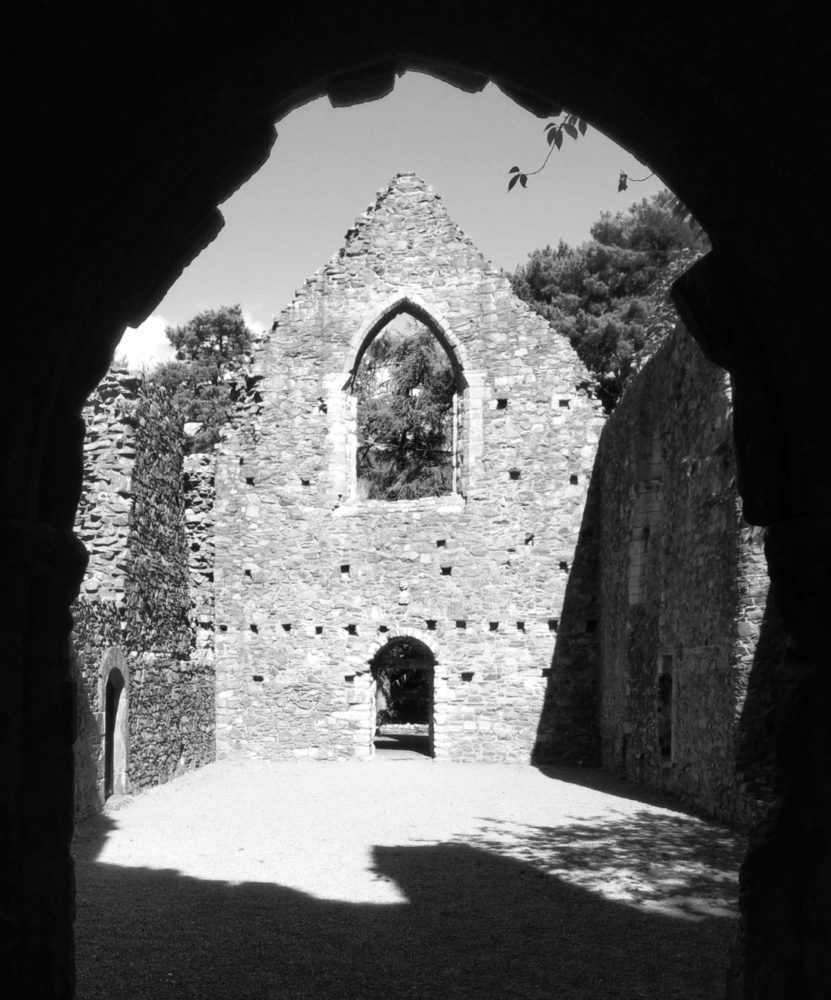 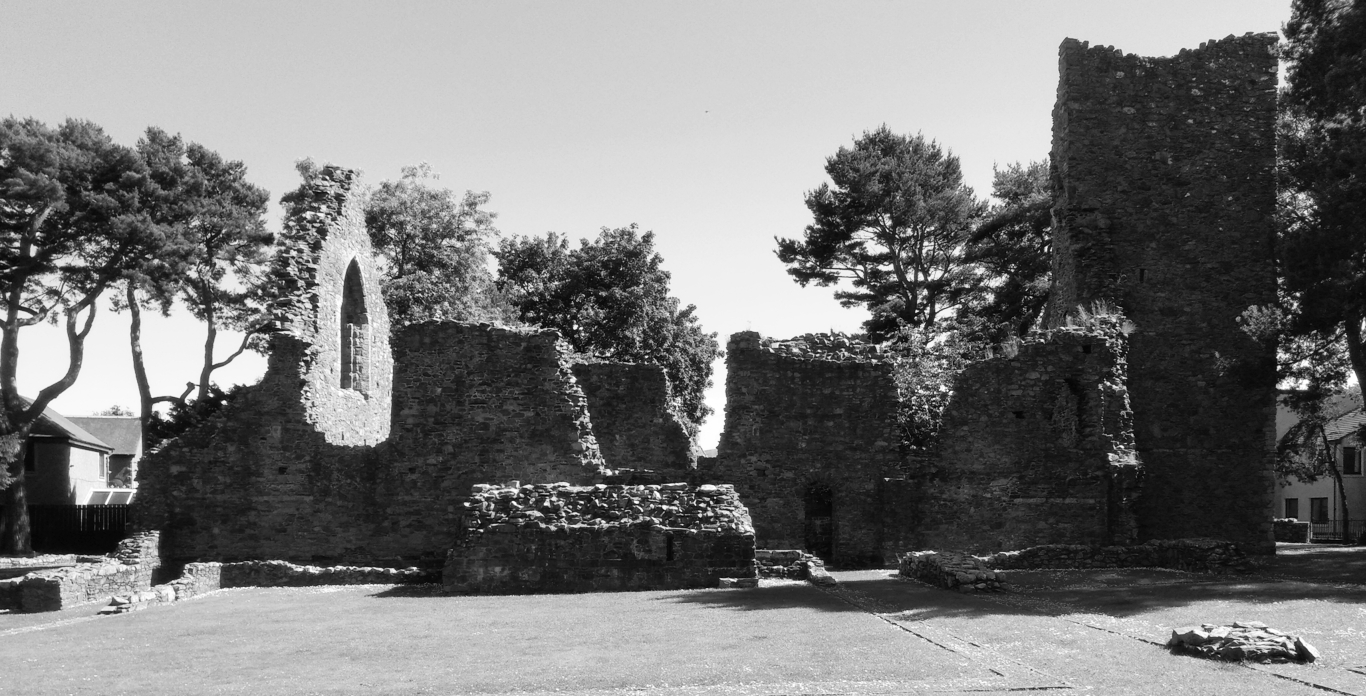 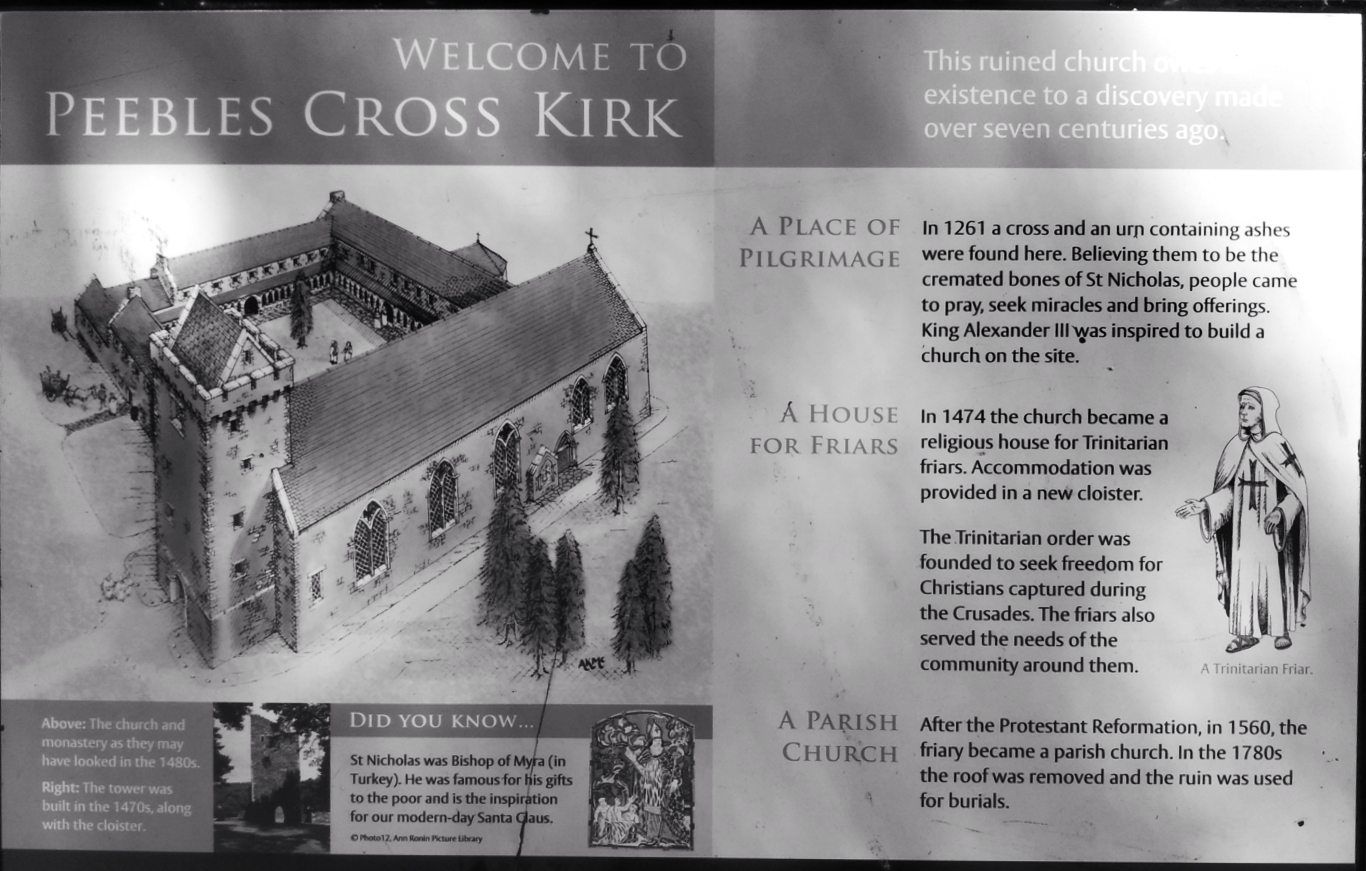 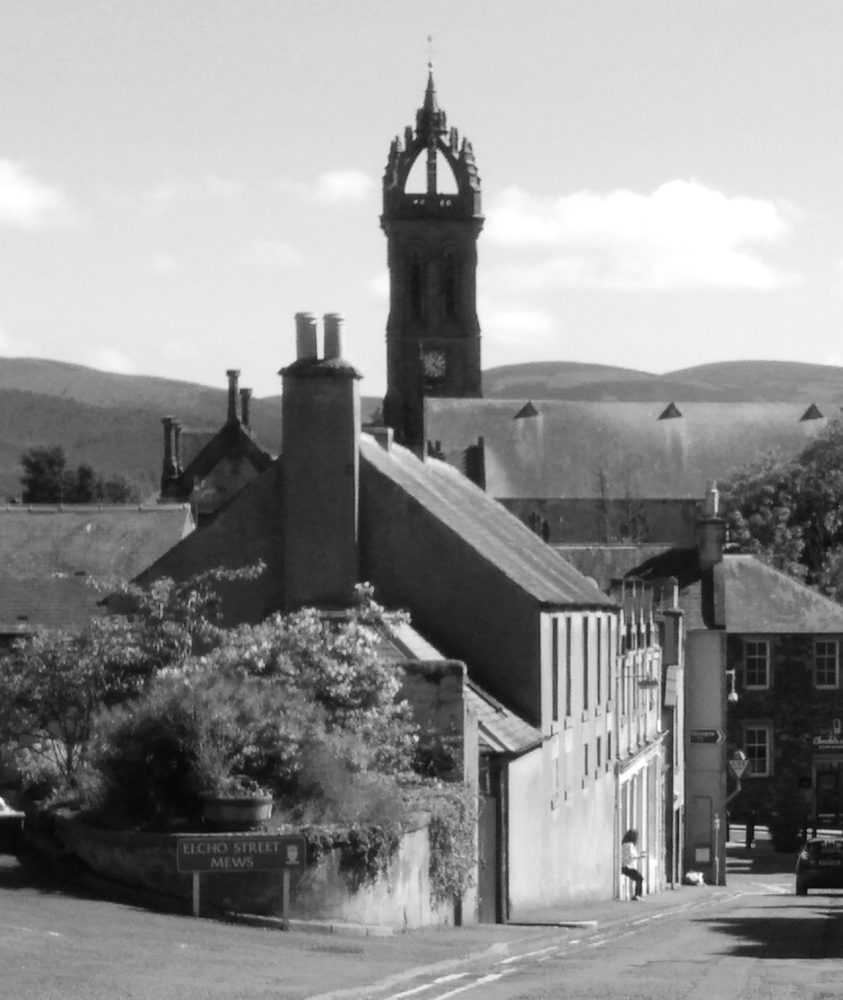