9th September 2013
Today, our fourth day on the Alpine Pass Route, was our first wet day. It was raining as we left the Hotel Bahnhof in Linthal and it was still raining as we arrived at the Hotel Alpina in Unterschächen. The only thing that changed was the intensity.
It was a bit under 10 hours and 17 miles, with about an hour of stops through the day. We started at 8.15am.
The first few hours we climbed up through forest so we were sheltered from the rain but it was warm and humid. Not that pleasant but some stunning cliffs to weave through.
Above the forest it opened out to alpine meadows and the rain was harder. We took shelter at Urnerboden for a lunch break at 12.30. I did take a shot of Urnerboden but only on my Samsung S3.
Urnerboden 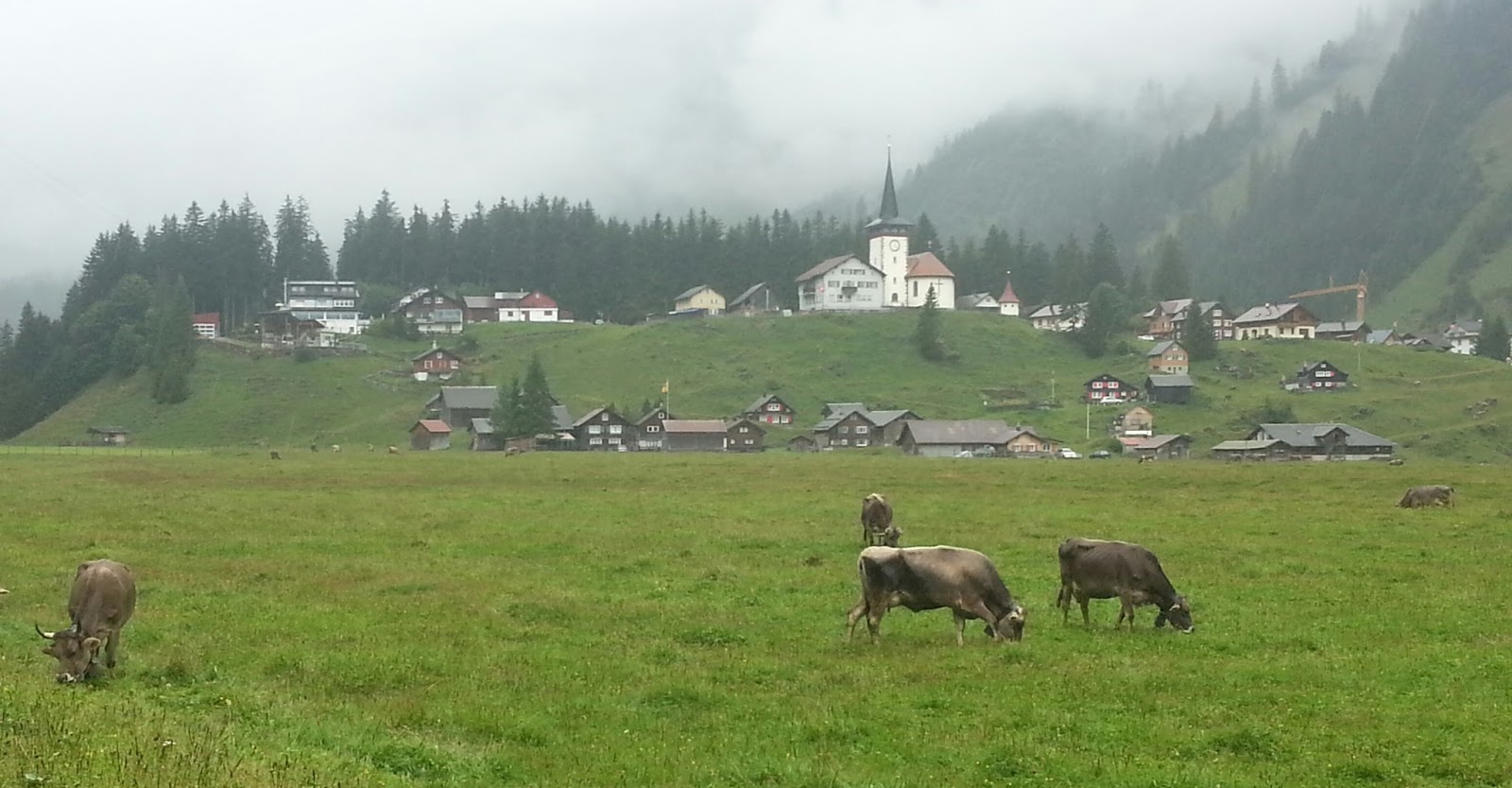 It was raining too hard for me to use my Mamiya 7 camera.
From here it was a steady climb to the Klausen Pass, where we stopped for a snack at 2.50pm. At 1900 metres we had hoped for good views but with low rain clouds we saw nothing.
After a long traverse from the pass it was steeply down on a good path to Asch. This should have been one of the highlights of the trip with a very large waterfall immediately behind the village. Unfortunately it was raining but I managed 4 shots on my Mamiya 7 camera and several on my Samsung S3. Low cloud so unable to see the top. 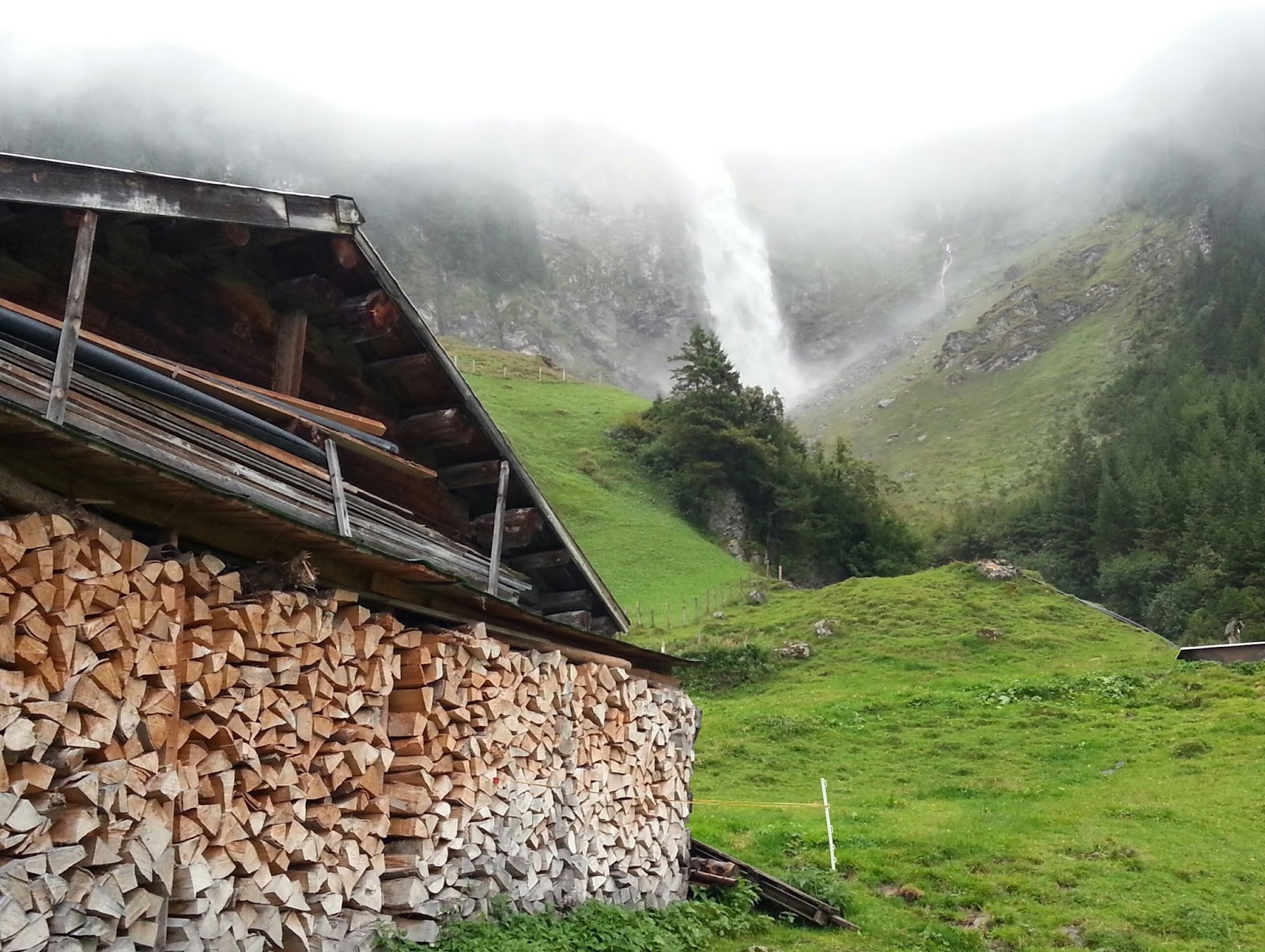 The version I took on my Mamiya 7, added after trek 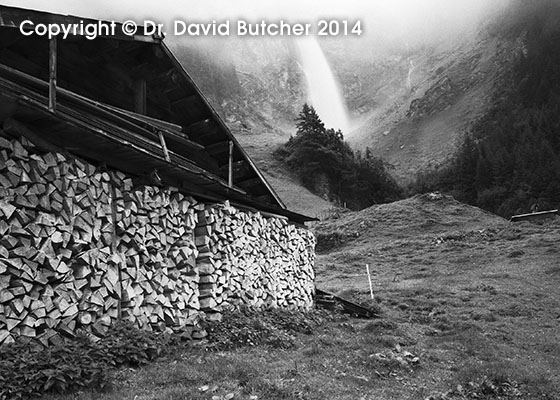 Aesch Falls on a good day!, taken on my Mamiya 7, added after trek 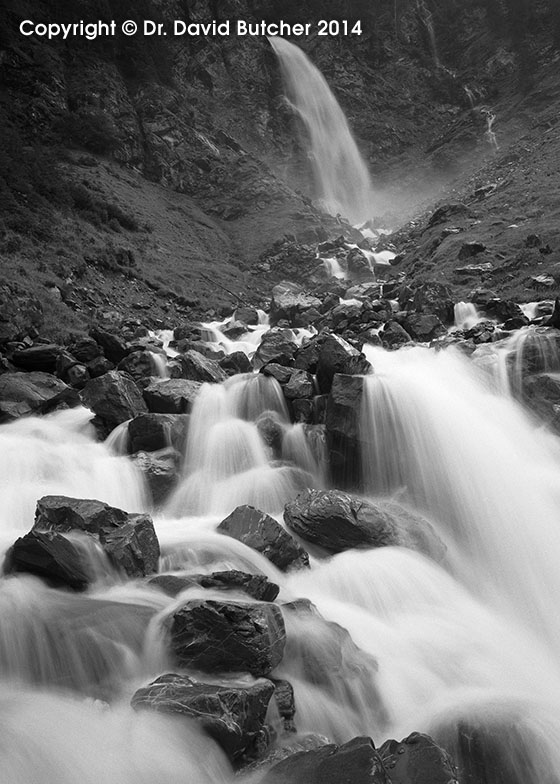 It was just an hour more to walk down to our hotel in Unterschächen, the Alpina. No wifi in the Hotel so this blog will have to wait until tomorrow, Monday, to send.
Garden gnome house near Unterschächen. 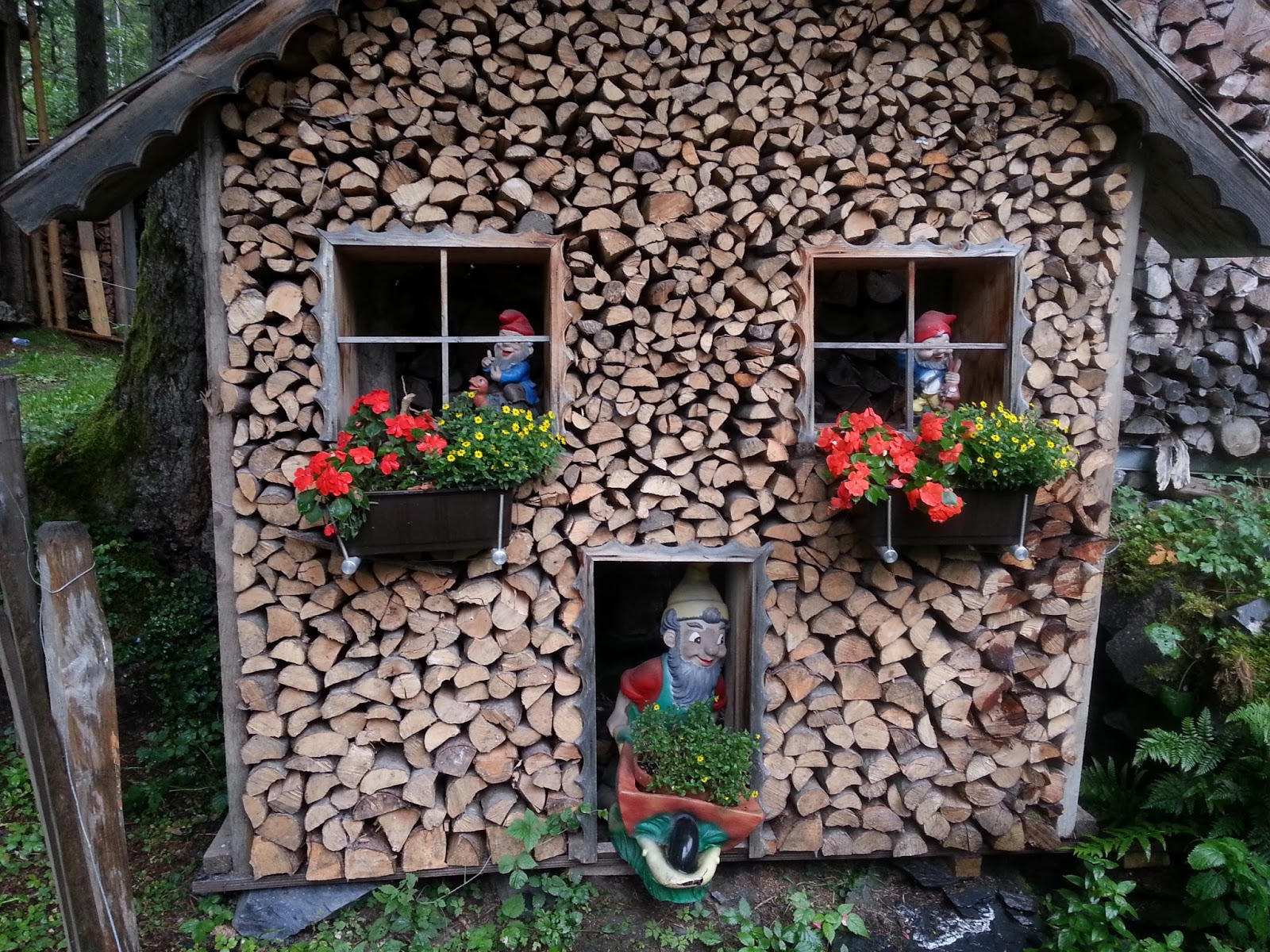