True to the forecast today was a fantastic day, albeit with no clouds at all. We started skiing at the crack of 10am! I was carrying a Mamiya 7 camera, 43mm and 65mm lenses, 8 filters (just in case!), Gitzo Mountaineer 1028 tripod with Manfrotto quick release head, 7 rolls of 120 FP4 and 1 roll of 400 Delta 120 film. I used all but 2 rolls of FP4. Because it was blue sky and mostly above the tree line I used B+W light red filters all day.

I had just one shot on my list, Wildstrubel from the highest lift station of Plaine Morte. I skied to the summit in 2000 but in complete whiteout so I didn’t see anything from the top. Unfortunately, the lift was shut because of strong winds, same as yesterday. Everything else was working though so we went off for a few hours finding a few photos along the way. By early afternoon we returned to the lift to the top just as they were starting to run it. What luck! It was jolly windy and very cold at the top, at just under 3000m. The view across the glacier to Wildstrubel was clear as a bell. A bit further down I could see a different angle on the shot so I skied a few hundred yards off-piste until I had a clearer view with some good wind blown snow shapes in the foreground.

Another objective was to test Ilford 400 Delta for handheld shots. I took a few handheld and some using my tripod. I also took similar photos on Ilford FP4, my usual film for the last 20 years or so. This would give me 2 stops extra speed = 2 stops faster shutter speed, 1/60 instead of 1/15, for example. This should be enough to ditch the tripod if my back was painful. At least I could then continue taking photos instead of leaving the camera at home. Now I just have to work out how to process it within my exposing and processing system.

Patterns on the hillside 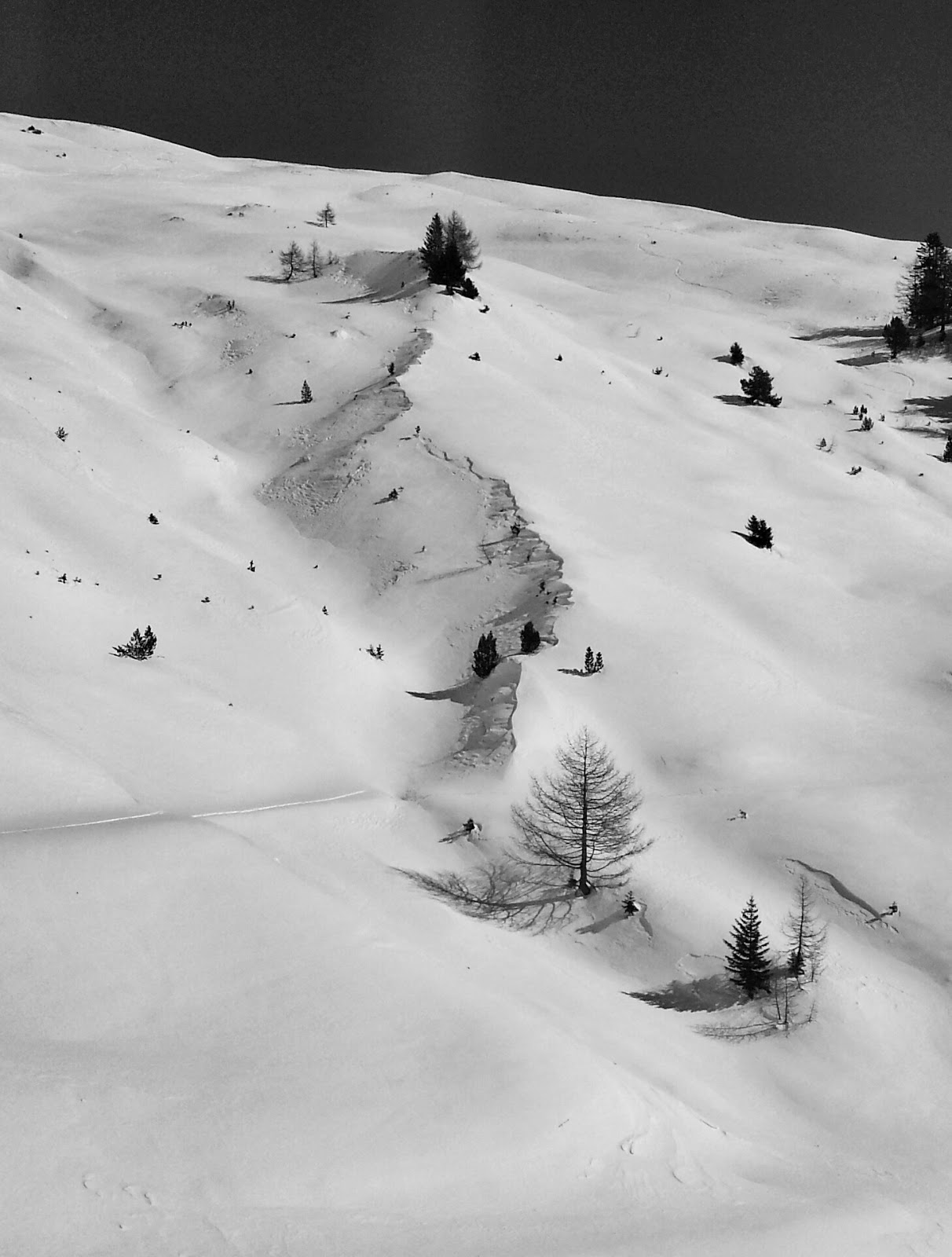 Skiing past the Violettes hut