Today we hiked from Bassenthwaite to Caldbeck, about 13 miles including 5 Wainwright’s. It took just 6 hours.

From the forecast we expected a dry but windy day and that’s exactly what we had. We started with a couple of miles of road walking then we took a footpath behind the Overwater Hotel. Al was slightly behind me as we were walking across a field near a large tree when he let out an expletive. He had been dive bombed by a Buzzard and it brushed his hair as it flew by. It happened 4 times in total by the same bird in the same field. After crossing another field or two we reached a road and noticed a warning sign about dive-bombing Buzzards pinned to the footpath sign. It would have been more useful to have one at the start of the path! 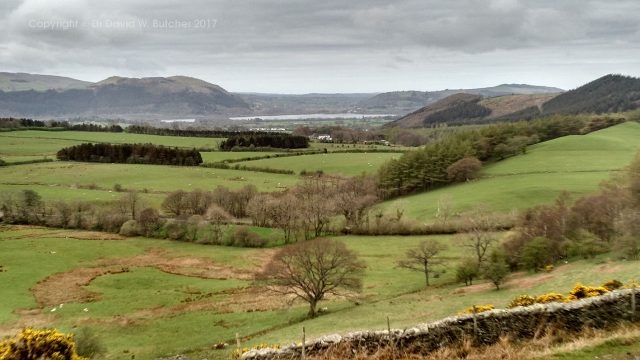 View from near Buzzard attack field

The plan was to walk 15 Wainwright’s in 6 days and 5 of them were on the route for the day. We started with Little Cockup before moving on to Great Cockup.

View from Brae Fell towards Caldbeck

From there it was down to the valley below and on to our hostelry for the night, the Oddfellows Arms in Caldbeck. Good food, Jennings real ales and friendly efficient staff. Unfortunately the rooms were very basic. It’s under new management since January and they are working their way round the refurbishment of the pub and haven’t reached the rooms yet. 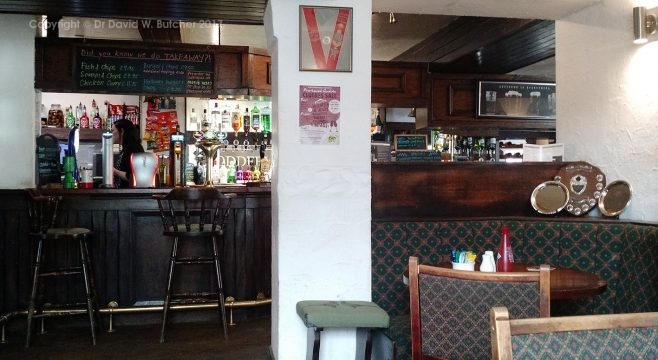 Walked 14 miles over the 5 Wainwright’s from the Castle Inn Bassenthwaite to the Oddfellows Arms in Caldbeck.

No photos on my Mamiya 7 camera.

2 cockups in one day and we’re still smiling!