There are quite a few new images taken in late December and January now on the web. We did a trip around several ski areas and also snowshoed around Rocky Mountain National Park and Indian Peaks Wilderness. It had been very cold with fresh powder snow, then the wind blew! There were several areas of ice footprints formed by walkers, snowshoers and skiers compressing the powder snow before the wind blew the surrounding loose snow away. This left lines of tracks standing above the snow and ice that we were walking on. 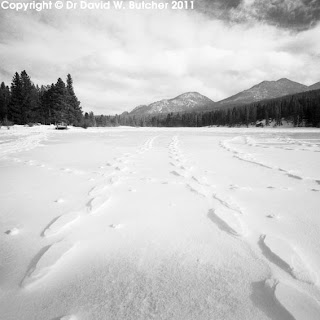 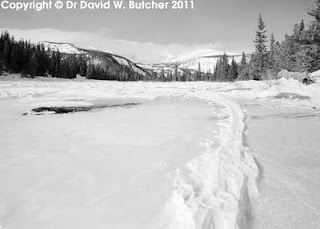 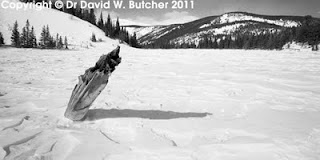 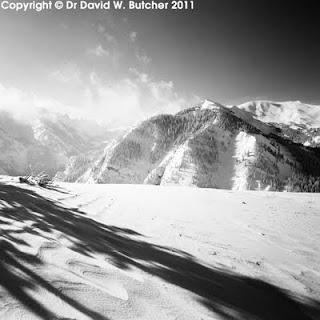