Monday 14th May 2018, our first full day in Reine in the Lofoten Islands and it started sunny! 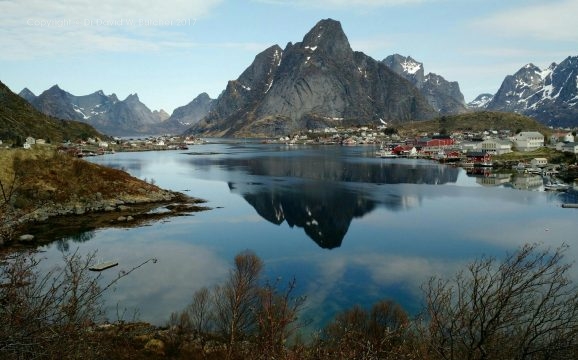 For me, the most important landscape shot for the whole trip is the wide angle view from Reinebringen mountain. We headed straight for it.

It’s not an easy route. Quite steep for much of it, the lower section a mixture of steepish slabs of rock and dense silver birch woods. Then an open section with a few hundred yards of newly installed rock steps, then steep hillside of rocks and earth.

It had been dry for a few days before we arrived so there was little mud to slide on and it was a reasonably straightforward ascent. It took a bit under 1.5 hours from the start of the climb to reach the top over 2500 feet above.

Unfortunately, it was cloudy at the top. I took a few shots and decided to wait as there seemed to be some brightness coming. Soon it was back to wall to wall blue sky. We spent well over an hour on the top taking photos, most of the time with no-one else there. 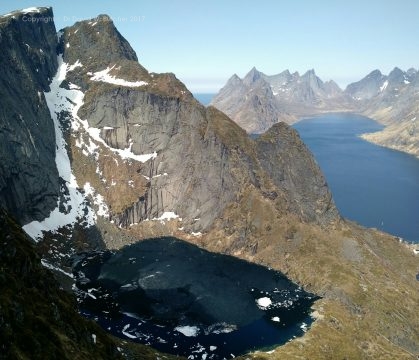 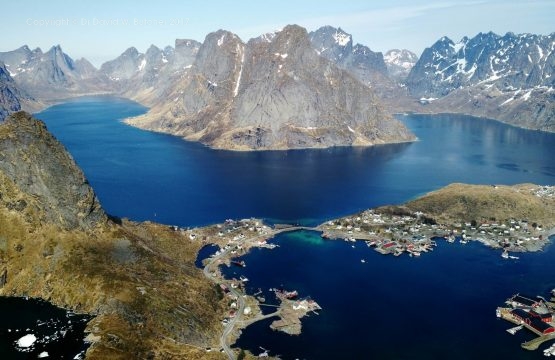 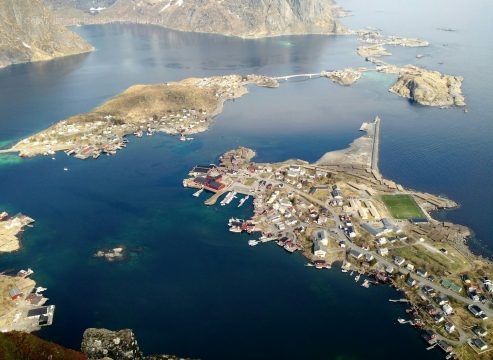 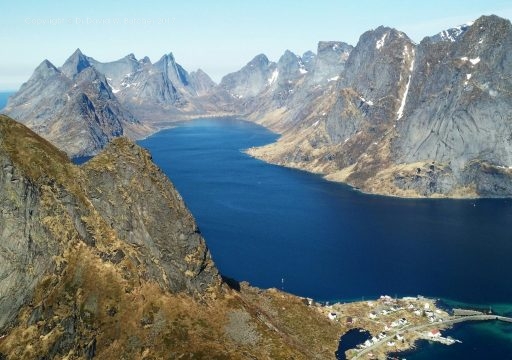 There were lots of people climbing up as we descended. It took an hour to reach the old road at the bottom. It was quite warm now so we headed straight for a bar in Reine for a beer each. Mine was slightly larger than Jan’s!

As an aside, Reine and the local area have a large dried fish industry. There are racks and racks of them drying in the open air. The heads are dried in separate racks and shipped to Nigeria when ready. The rest of the fish is a local delicacy. Here’s one of the smaller racks. 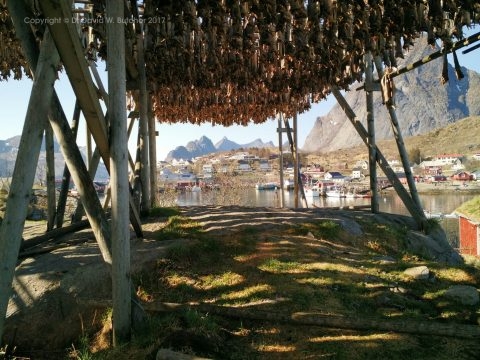 N.B. all photos here were taken on a Motorola Moto-X phone.

I ran off 4 rolls of Ilford FP4+ 120 film with my Mamiya 7 camera, that’s 40 negatives. Mostly I used the 43mm wide angle lens but I did run off one roll with the 80mm lens. I took a lot of shots with a red filter and just a few with orange. Red should give quite dark skies in the prints.