Photographing the Kelpies Near Falkirk

We ran a 2 day private landscape photography course in Northumberland at the weekend, a drive of about 4.5 hours from home in the Peak District. Falkirk was about another hour or so further north so we decided, having driven this far, to drive the extra distance to take photos of the Kelpies sculptures, by Andy Scott, near Falkirk. They have been on my shooting list since being asked for prints of them several times at a show we did in Glasgow at the end of last year. They were only installed in April last year and they are still building the visitor centre to go with them. The 2 horse heads are the worlds largest equine sculptures at 30m high and they are surrounded by water. Walking around them you feel quite small!

We arrived about 6.30pm as the light was fading, the sun had just gone down. The metal of the sculptures was catching just a few bits of light and the clouds were different shades of grey so I had lots to work with, not great for colour but good for my black and white. I continued taking shots as it went dark over the following hour. There were some small lights turned on around the footpaths after sunset. Then the floodlights came on quite a few minutes later. We had to wait over an hour for the final piece of lighting to come on, the red lights within each sculpture. These made it look spectacular! Exposure times for my Ilford FP4 were now up to 2 minutes at f5.6 so I just did a few exposures to finish. It will be interesting to see which lighting set works best in black and white, the white floodlights or the red internal lights. In total I ran off 3 rolls of 120 FP4 film, that’s 30 exposures.

Kelpies in Black and White, taken on my phone from the same position as used for the proper photos taken with my Mamiya 7 film camera. 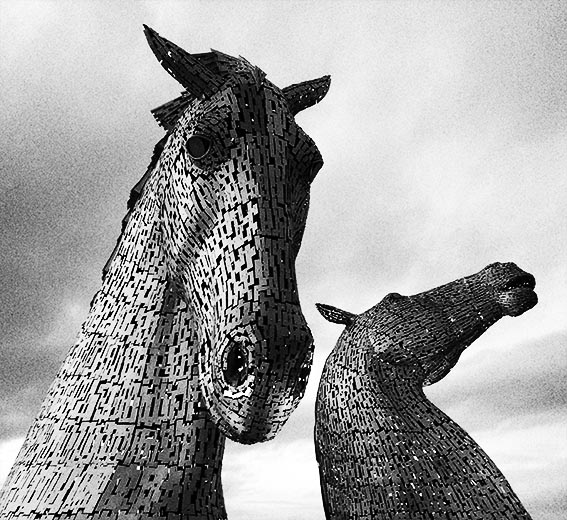 Jan took photos too and I have included 3 here to show the different lighting that we had. I’m also in the foreground of all of them for a bit of scale! 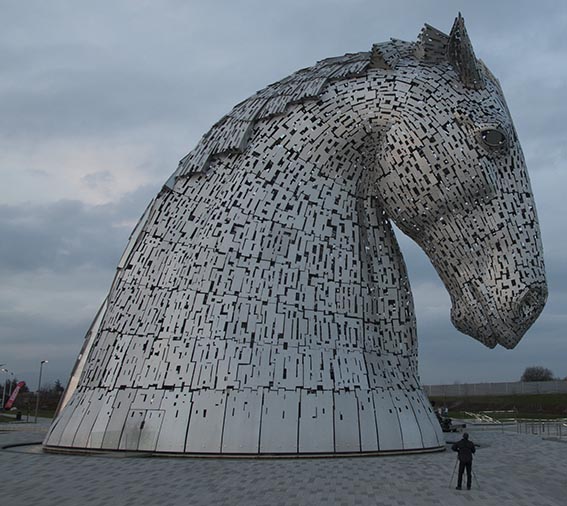 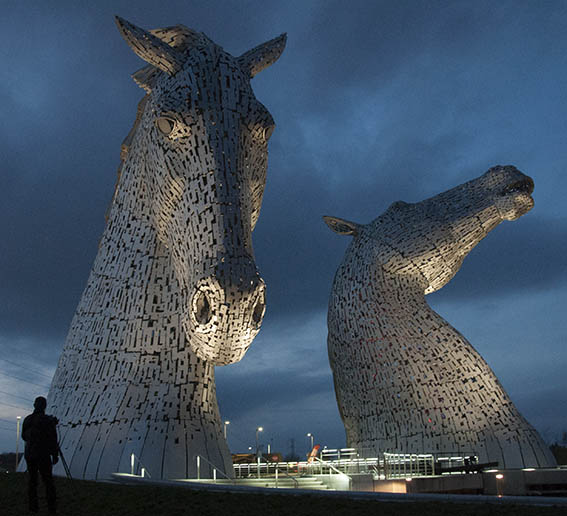 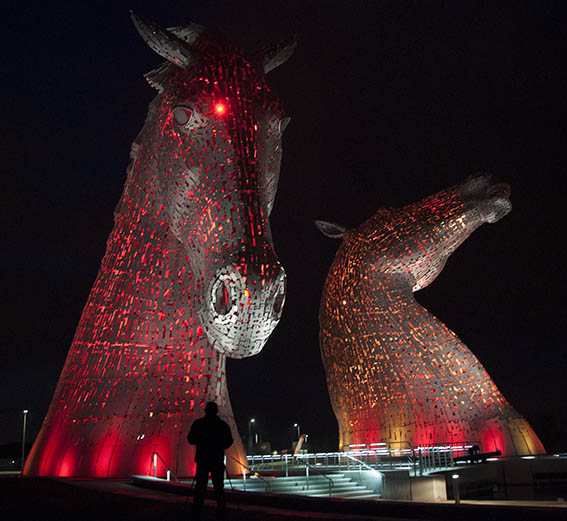