Wall to wall sunshine in Kitzbuhel

We had sunshine all day and lots of fresh snow everywhere. Started the day taking photos in Kitzbuhel for an hour or two. 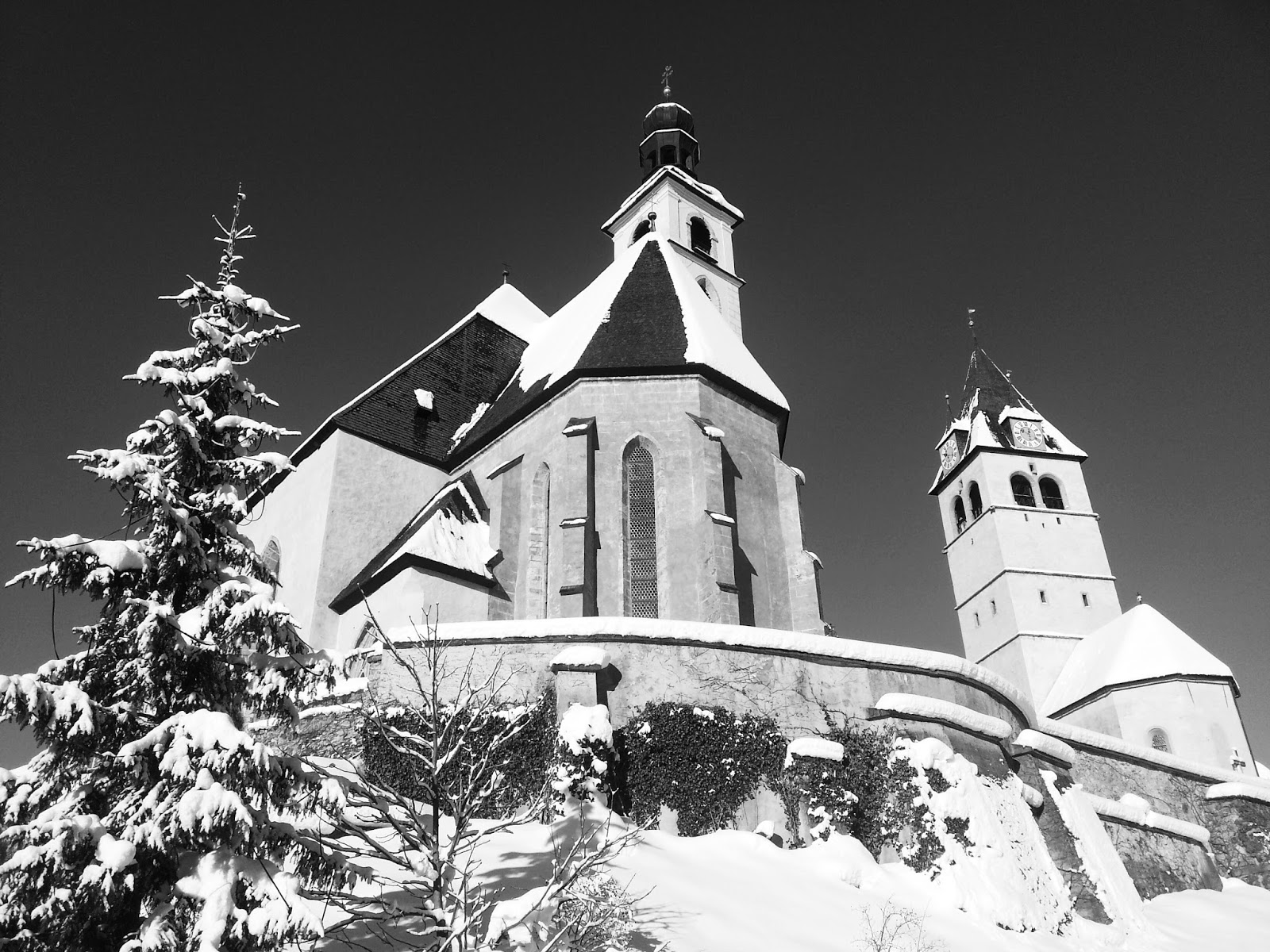 Then up the Kitzbuheler Horn for our ski day. So quiet. Took some photos of the snow covered trees, should be good for Christmas cards.

Found some with fresh untracked snow in the foreground, snow-covered trees, then mountains in the background. Took a few with the wide-angle lens and was just changing lens to take some more when 2 thoughtless skiers trashed my beautiful fresh snow. The whole mountain was covered in deep fresh snow and they had to ski through my photo.

From there we skied all the way down to Kitzbuhel. An hour or two later we were out again taking twilight and night shots. This included an 8 minute exposure of 2 poorly lit churches. Not sure why I bothered, it was perishing cold.

Easy day though, gps said we only covered 19 miles including lifts. Probably 1/3 is lift distance, rest is what we skied and walked.

More snow forecast tomorrow so may leave camera behind.