Whistler Walking but no Skiing

After 2 days in a hotel room in Jasper laying on a bed with a bad back I was still unable to do much. A short walk each morning and another each evening to Jasper Brewery for sustenance was a good start but I knew it just needed more time, but it was time to move on.

We changed our plans to avoid a long day in the car getting to Whistler. Instead we broke the journey by detouring to Kamloops (and the excellent Noble Pig Brewery). Then on to Whistler the next day. 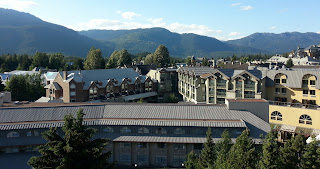 The following day, our only full day in Whistler, was a bit cloudy. We took the lift up the mountain anyway. The ski area was still open until 7th June so we had to be careful we didn’t get run over as we wandered around.

It looked like there was decent snow cover above the gondola lift from the village but little lower down. It was best to walk up to take photos, keeping to the edge of a ski trail. We both took quite a few shots before a man on a skidoo called a halt by asking us to return to the main lift area to avoid being run over by errant snowboarders. 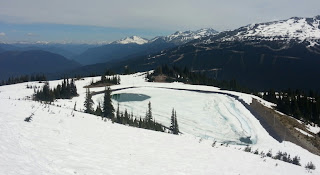 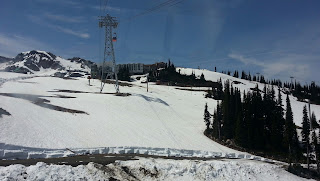 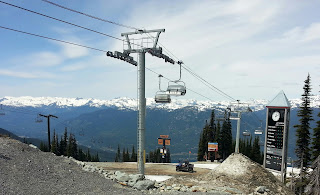 Used the Peak to Peak lift to visit Blackcomb Mountain, directly from Whistler Mountain. Almost identical to one of the Kitzbuhel lifts we used in February, including having a couple of gondolas with glass floors.

Glass floor view to valley below 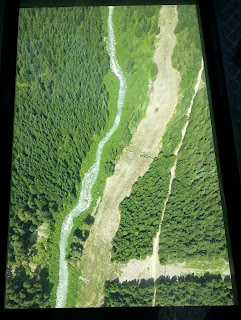 Blackcomb was a bit of a building site so no chance to walk around here. Took a final photo back at Whistler Mountain before descent to village. 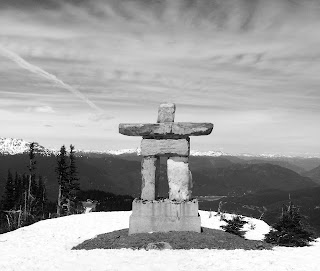 The brewery had finished brewing stouts and porters for the summer. Apparently there’s no call for it in the warmer months. I wonder what Guinness would say to that! We visited the Irish bar in the evening and I ended up on Murphy’s stout. It was a long way to come for that!