We’ve had quite a bit of snow in the Peak District this winter. Never more than just a few days and the latest snow, that came in with the Beast from the East, Storm Emma, started on Tuesday 27th February and was largely gone from open hillsides and main roads by Monday 5th March. Some of the uncleared minor single track roads and paths between walls still have drifts but the temperature is 6ºC so it’s disappearing fast. 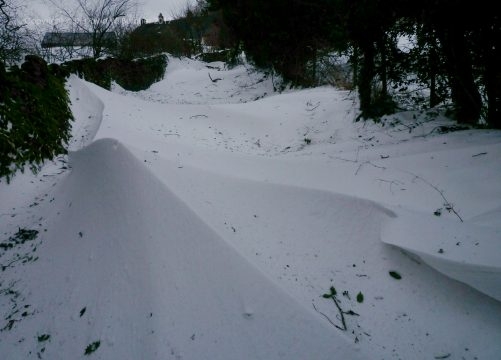 Buxton was cut off for a few days and even main roads were blocked as the strong winds blew the snow back onto the road as soon as it was cleared. 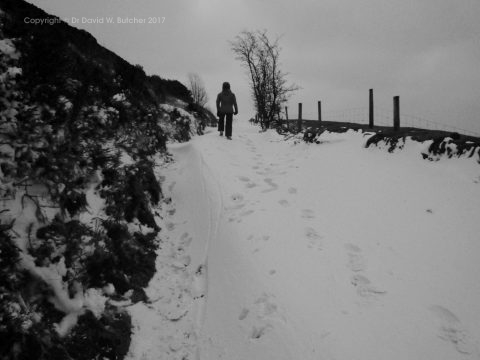 Some of the drifts around us in Tunstead Milton were over 6 feet high, such as those on the top section of Milton Lane between us and Bugsworth Basin. All photos here were taken on Friday 2nd March 2018 using my wife’s little Panasonic Lumix camera, I’ve given up on using my Motorola Moto-X in the cold to take photos – it just shuts down. Milton Lane was still blocked by large drifts on 6th March but the warmer weather is reducing them slowly. 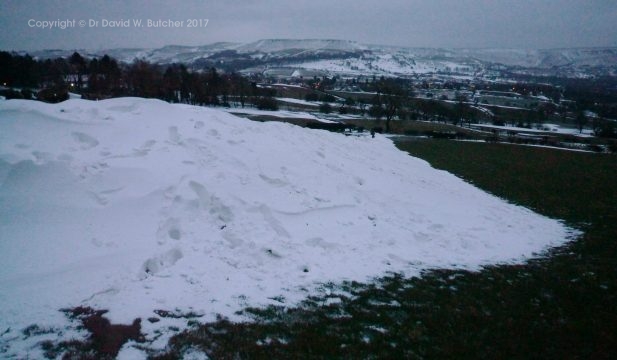