We have just returned home from running a 2 day private photography course in Northumberland. The weather was jolly kind to us, we had quite a bit of sunshine and no rain. The waves were spectacular too, with high tide in early afternoon.

We were based in Berwick upon Tweed in Northumberland just 2 miles south of the Scottish border. The course was a Christmas present for Jo from Morpeth, just north of Newcastle. Jo wanted to get back into using film cameras and brought along her Canon EOS 300 with a couple of zoom lenses. We covered everything from choosing the film, loading film into the camera, taking exposure readings with the camera meter, composition and use of tripods. We used a mixture of Ilford HP5 for hand-held shots and Ilford FP4 film for shots taken from a tripod.

We started on Berwick Beach with the basics then moved on to Eyemouth as there is lots to photograph around there, harbour with boats, beach, rocky shoreline and lots of waves at high tide! It was cloudy in the morning but the sun came out while we were in the Contented Sole pub at lunchtime, as it often does! Fortunately, it stayed out for the afternoon.

On the Sunday we met in Beadnell and headed back north to Bamburgh for the castle, beach and sand dunes. The sea was a little way out still but we took some castle shots, including reflections on the wet sand, rocks and patterns. Then we drove around to take the castle from the sand dunes on the south side.

We continued south but it was too early to take Beadnell Harbour as it needs the tide to be high so we went for an early lunch at the Craster Arms in Beadnell. Crab sandwiches were on the menu so Jan and Jo were happy! Next it was down to Beadnell Harbour for the high tide shot. Unfortunately, there is lots of scaffolding around buildings at the harbour and earth moving equipment, a dumper truck, van and car so it wasn’t ideal. Jo can always come back when it’s all cleared away being so local. Then we finished by heading south to the beach just north of Dunstanburgh Castle. The rocks on the beach here are round and are shiny black when wet. They make a great foreground with the castle ruins behind. The tide was high and we were in danger of being washed away at times! Fortunately, both Jo and I had high boots so remained dry shod. Waves were crashing over one of the large rocks in front of us and onto the beach so we had lots to go at, including the castle shot of course.

Jo then had a short drive to get home to Morpeth while we headed north to finish our trip by taking some photos of the Kelpies horse head sculptures near Falkirk. That’s the subject of another blog post!

Jan took all of these almost action photos on her Nikon D90 to give you an idea of the places we visited. 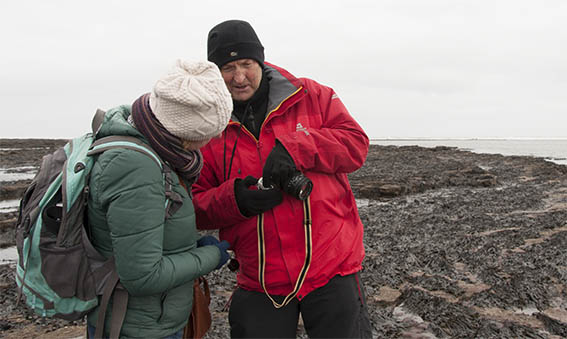 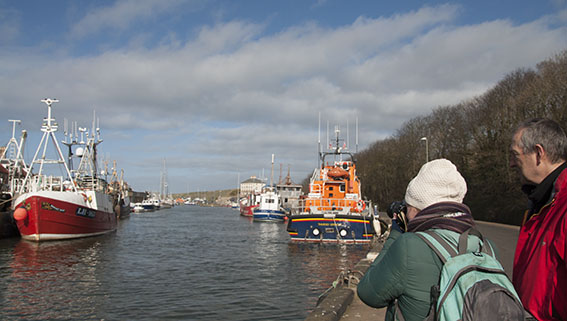 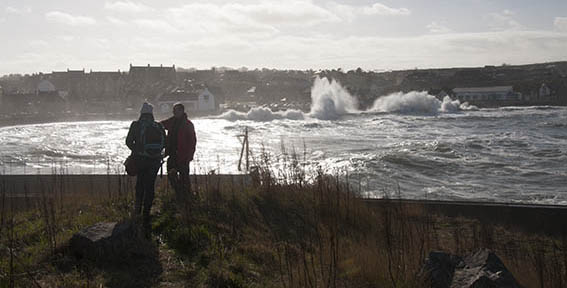 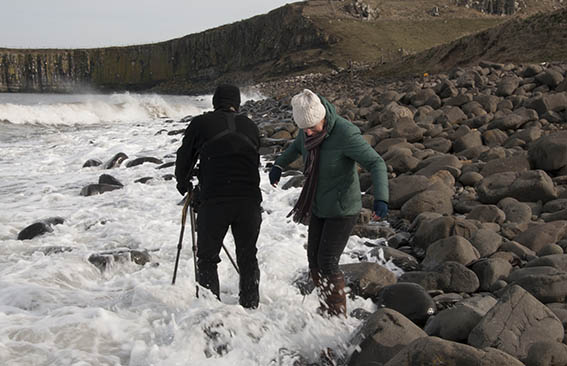 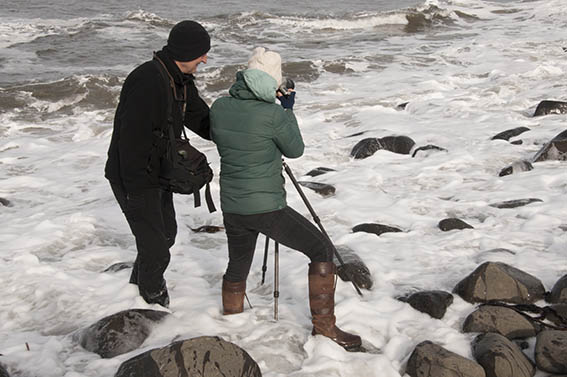